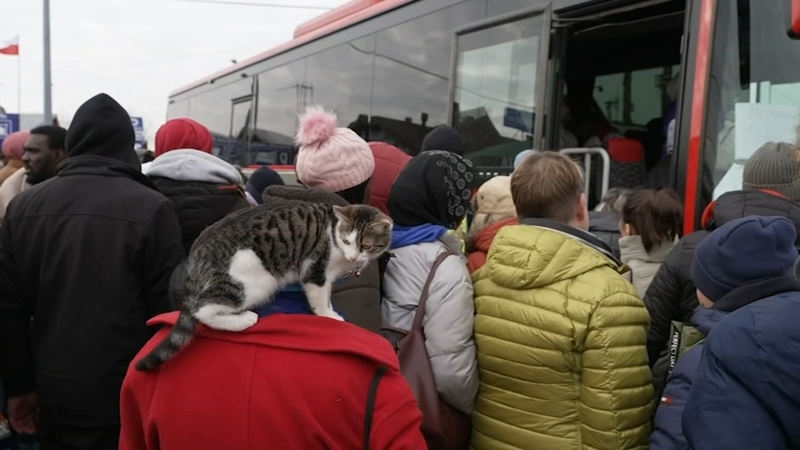 Once a refugee himself, Raleigh man welcomes those fleeing Ukraine

RALEIGH, N.C. (WTVD) -- The exodus continues in Ukraine. People are fleeing from the terror and bombings that are engulfing the country.

Dr. Omer A. Omer fully understands the plight that so many Ukrainians are experiencing.

About 30 years ago, he was uprooted from his homeland and placed on a journey into the unknown.

"The first priority is your survival -- just to keep alive," said Omer.

He first fled fighting in Sudan and didn't necessarily land in a haven.

"I went to Libya and it's not any better during Gadhafi," said Omer.

Omer got an education, earned a doctorate, married, and had children.

He now serves as the Raleigh Field Director of the U.S. Committee for Refugees and Immigrants.

His staff is preparing to work hand-in-hand with Ukrainian refugees living in the Triangle.

Omer said the committee can facilitate donation offerings and get them quickly to Eastern Europe.

"We have a Ukrainian community here now (that's) very active. They're collecting medical equipment if they can or medical help. We want to be part of their efforts because we have a wide outreach, probably (more) than they do, so we try to unite our efforts with them," said Omer.

He also wants to unite on a personal level and knows they experience trauma.

"Of course, this is a great country. I made a living here now. I have my family. I have my kids, who consider themselves American, born and raised here in this country. But nevertheless, for me, there's always that void," said Omer.

His officer is prepared to receive Ukrainian refugees if they come here to the Triangle.

The war underway in Ukraine is just one crisis his staff is working through.

Omer said the office is still trying to find permanent housing for Afghanis.