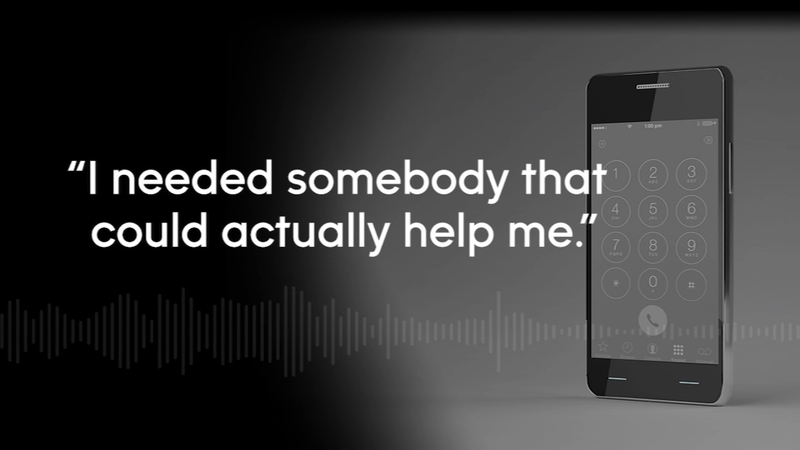 RALEIGH, N.C. (WTVD) -- The threat of owing thousands of dollars to the state after allegedly getting too much unemployment: That's what's happening to several ABC11 viewers who qualified for benefits but now are being told they may have to pay them back if they don't take action.

He got these overpayment notices from the North Carolina Division of Employment Security.

"It stressed the mess out of me," he added.

The notices of overpayment were stressful to Brande as these overpayments were because of him not verifying his identity with ID.me.

ID.me is the company the state hired to cut down on unemployment fraud. To continue getting benefits, claimants had to prove their identity through ID.me, which Brande said he tried to do several times.

"It would come back every time that I had already registered with them with a different email," he said.

He said that after reaching out to ID.me and not hearing back, he reached out to the state.

"I called the Employment Security Commission and she said they couldn't do nothing," he said. "They still sent me a $15,520 overpayment notice."

Fed up, Brande hired an attorney, Jason Wilson, who said he also had trouble getting in touch with ID.me via its website and by phone. He even reached out to ID.me on Twitter and said he never heard back.

Eventually, on ID.me's Facebook page Wilson said he got a representative to respond, and he was able to get Brande verified, and then NC DES sent letters that the overpayment was null and void.

"The North Carolina Employment Security Division doesn't seem to have a process in place to deal with this kind of a problem," Wilson said.

This does affect those who can't afford to hire an attorney, including Christy, a single mom.

She got the same overpayment notices from NC DES, again because of not verifying with ID.me.

"I followed it up with a screenshot of the email that I received after I verified myself back in November and I haven't heard anything back, since that day," Christy said. "I needed somebody that could actually help me."

She reached out to the Troubleshooter who got her case off to NC DES, and it didn't take long for her to get a letter saying the overpayment is now null and void. Christy said to Wilson, "Thank you. I really appreciate it."

A representative with DES said, "Generally speaking on ID.me, if you received an overpayment for not completing your identity verification, you may request that DES cancel the overpayment once you have successfully verified your identity as required."