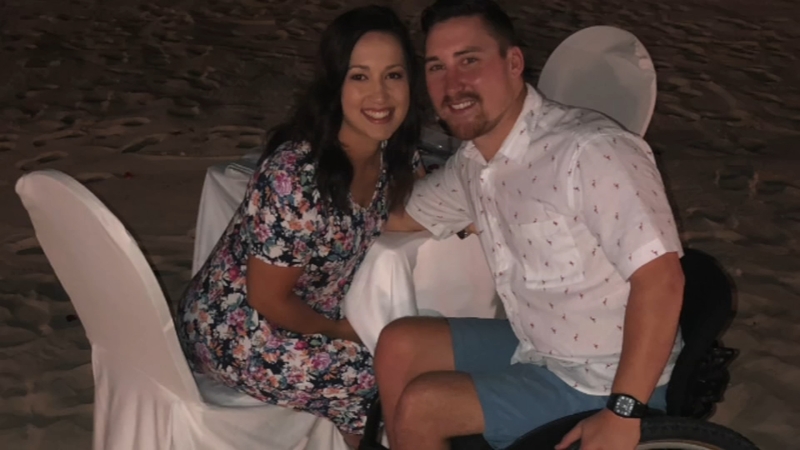 CHICAGO -- A paraplegic passenger who relies on a wheelchair said he was forced, on multiple occasions, to scoot down his plane's aisle while traveling on United Airlines with his wife for their honeymoon because of a lack of proper equipment.