It was an emotional night as a community gathered to honor the six lives lost in a Sampson County fire over the weekend.

GARLAND, N.C. (WTVD) -- Six people were killed in a fire over the weekend in Sampson County. As the families prepare to bury them this weekend, the community of Garland came together Thursday night to show their support in a community vigil.

The vigil was led by Mayor Winifred Murphy in Rotary Park, where benches there mark the memory of someone lost. Joining the mayor were dozens of people including religious leaders, law enforcement, teachers, people from all over Garland and Sampson County.

"We're part of Garland and it's important we show our support," said Sheriff Jimmy Thornton.

He was in the crowd showing support for several families in the crowd, families grieving for loved ones who died early Saturday morning when flames ripped through a mobile home, killing everyone inside. It was a horrific ending to lives that touched so many.

"The love that people have shown, it's wonderful," said Lizzie Murphy, who lost her sister, 63-year-old Laura Ann Newkirk in that fire.

Newkirk died alongside her boyfriend James Wilson, her son Johnnie Newkirk and his girlfriend Anita Robinson.

"Nita was one of those persons who once she came into your life you did not forget her," said Robinson's aunt, Barbara Sheridan.

Robinson's two children also died in that fire, 9-year-old Tashiya Robinson and 10-year-old Andre Smith. Their classmates and people from their schools, Union Elementary and Union Intermediate, were also at the vigil.

"Shi, that's what everybody called her Shi, she'd make her teacher laugh," said Linda Register, who works at Union Elementary.

"Whenever I frown she would just make that frown upside down," said one of Tashiya's classmates.

"When I heard about it I was crying," said one of Andre's classmates.

Tears of loss comforted through prayer and support from a community sharing in the mourning of six lives lost.

Funeral arrangements are Saturday for all six people.

Services for Anita Robinson, 33, and her two children will be Saturday, September 6 at First New Light Missionary Baptist Church on River Road in White Oak at 2 p.m.

Services for James Wilson, 62, and Laura Ann Newkirk, 63, will also be on Saturday, September 6 at Union Grove Disciples of Christ Church of Christ at 3 p.m.

For Johnnie Newkirk there will be a celebration of life at 6 p.m. at Hope Valley Funeral Service and Cremation on Hobbton Highway in Clinton.

If you would like to help the family with funeral expenses donations can be made payable to Siloam Baptist Church, c/o Mr. Bob Sanderson, Treasurer. P.O. Box 110, Harrells, NC 28444. Memo line: Funeral Expenses for Fire Victims. 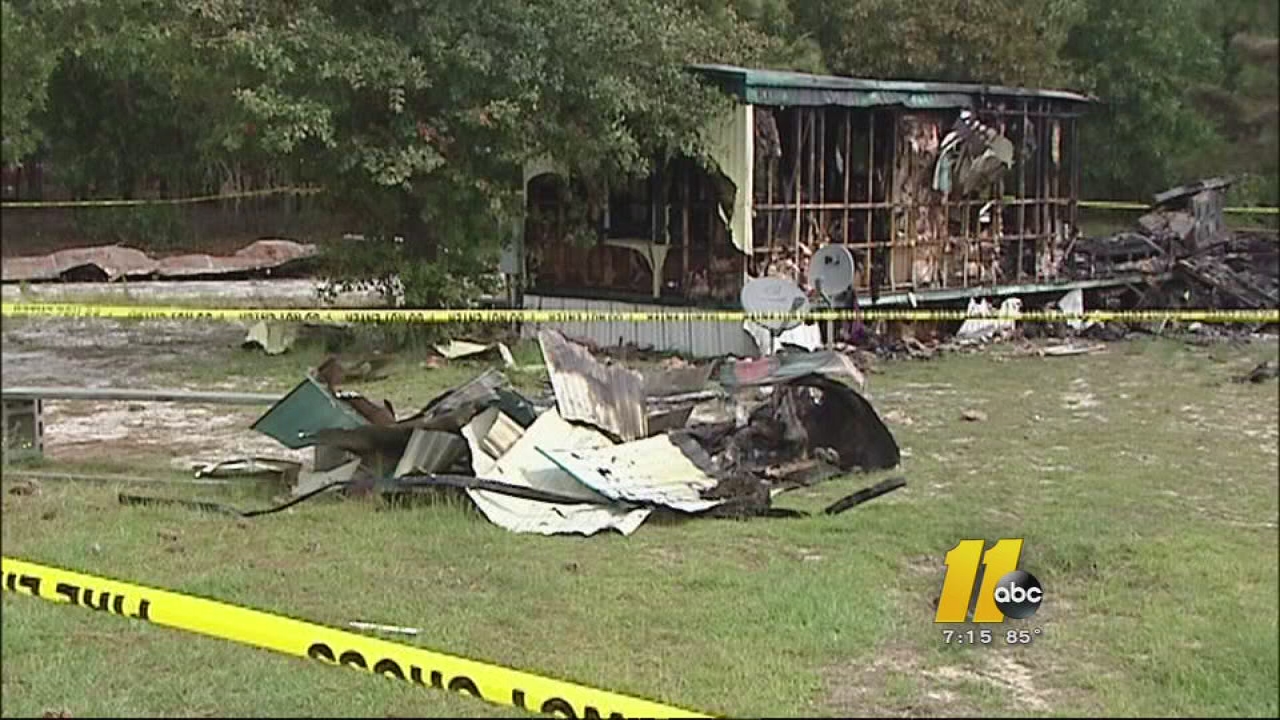