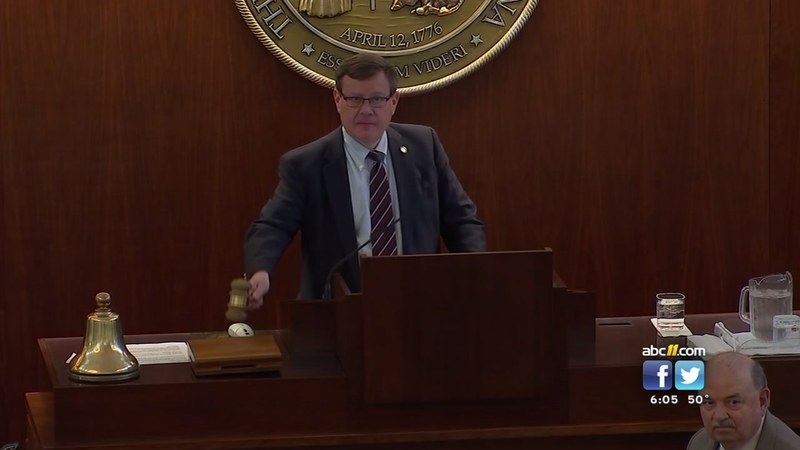 The override came a day after the Senate also overrode Coper's veto, thus sending it to the House.

N.C. House agrees with Senate and overrides governor’s veto of voter ID law and then passes the law. #ABC11 pic.twitter.com/dzNqGNRYAq

"Delivering a voter ID law to North Carolinians who supported this simple yet essential election integrity measure on the ballot in November was a constitutional imperative," said House Speaker Tim Moore, R-Cleveland. "I'm proud of the commitment House lawmakers made to finish this accomplishment and keep our promise to the people of North Carolina who approved voter ID in our state constitution."

"My district is full of good, hard-working, well-intentioned people - there is nothing sinister or cynical about them," said Rep. David Lewis, R-Harnett, a chairman of the House Committee on Elections and Ethics Law. "The governor does not have a problem with this legislature, he has a problem with his citizens. This bill does exactly what the people of this state wanted us to do."

"This is crazy," said Joyce Krawiec, of Forsyth County. "After suing to stop voters from even having the chance to amend the constitution to require voter ID, liberal activists are suing again saying the new constitutional amendment is unconstitutional. It's clear nothing will ever appease them: not the will of voters, not the fact that a Democrat sponsored the bill, and not the broad additions based on Democratic feedback. We've seen this sue 'til blue tactic before, only this time they're up against a clear mandate from 55 percent of voters who want common-sense protections against voter fraud."

The NC NAACP was riled that lawmakers kept talking about the 55 percent number.

"I don't think that is a large enough margin for them to constantly be saying the people have spoken," said the Rev. Anthony Spearman, president of the NC NAACP. "All of the people have not spoken. The North Carolina NAACP has not spoken and our coalition partners have not spoken. But we will speak through the litigation that will be filed and I believe that we will have a wonderful chance of turning this thing around once again."