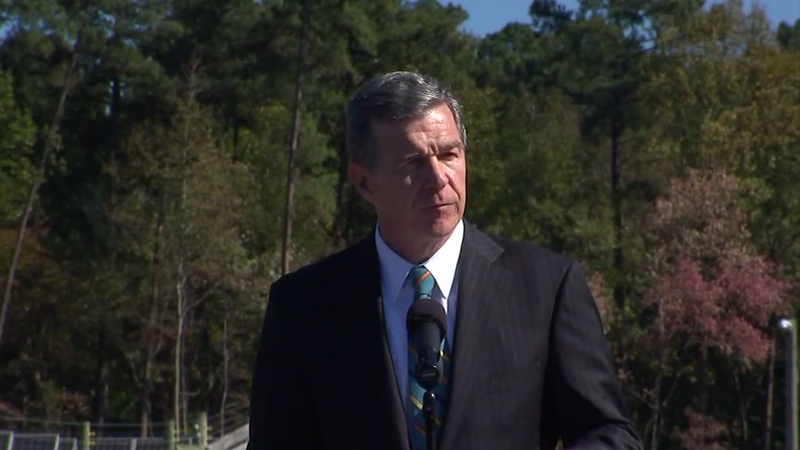 On Friday, the Democratic governor announced his decision and explained his reasons.

"Requiring photo IDs for in-person voting is a solution in search of a problem," Cooper wrote. "Instead, the real election problem is votes harvested illegally through absentee ballots, which this proposal fails to fix."

"In fact, the legislation directly addresses ballot harvesting with an amendment that was proposed by a House Democrat and approved by a vote of 106-1," Moore said.

"Governor Cooper's veto explanation for the reasonable and bipartisan voter ID bill is a tired rehash of unconvincing talking points rejected by the voters," Berger said. "Despite the Governor's personal feelings on voter ID, the fact remains that the constitutional amendment passed with a broad mandate from North Carolinians. The Governor is putting special interests ahead of the people's will, and we plan to override the veto."

Cooper also expressed concerns that some voters would be disenfranchised and that the measure would create confusion.

"The proposed law puts up barriers to voting that will trap honest voters in confusion and discourage them with new rules, some of which haven't even been written yet," Cooper said. "Finally, the fundamental flaw in the bill is its sinister and cynical origins: It was designed to suppress the rights of minority, poor and elderly voters. The cost of disenfranchising those voters or any citizens is too high, and the risk of taking away the fundamental right to vote is too great, for this law to take effect.
"Therefore, I veto the bill," he concluded.

North Carolina is the only southeastern state not to have some sort of voter ID law. In all, 34 states have some form of the law.

"Having identification is not only necessary to be an active member of our society, it is constitutionally required to vote, as determined by a majority of North Carolinians," Lt. Gov. Dan Forest said. "To put partisanship ahead of common sense is not only bad for our state, it is not the leadership our state needs. I hope our General Assembly will swiftly override this veto to ensure our state's constitution is upheld."

Republicans in charge of the legislature can override Cooper's veto if they stay united.