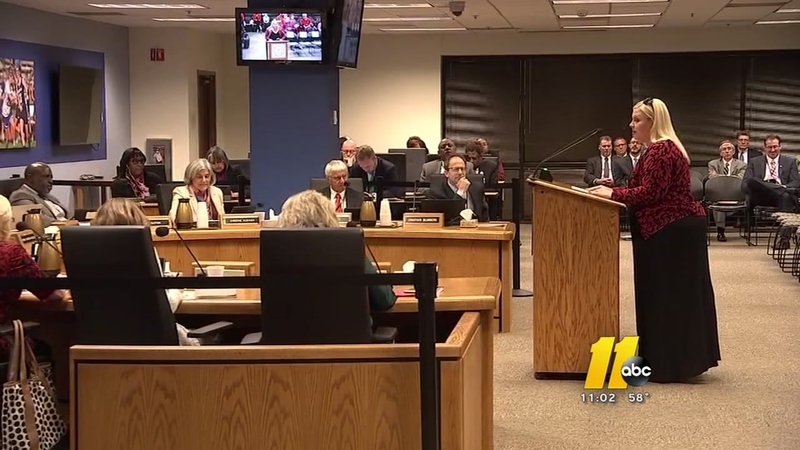 "Today was not going to be easy," said Board Chairwoman Monika Johnson Hostler.

Two weeks ago, the board voted in the bulk of the plan but left out all things involving the new Buckhorn Creek Elementary School slated to open next year.

Parents in Holly Springs have been fighting against the new Buckhorn Creek Elementary opening on a traditional calendar. They want the school to be on a year-round schedule to accommodate their children already on that schedule.

"It offers stability", said one parent, "it's close to home."

"We listened," said Johnson Hostler, "what we didn't do was vote the way these parents tonight were particularly asking, we did vote the way other parents did ask us."

She said they also received emails and pleas from parents on the other side of the coin. They said parents in the Fuquay-Varina part of the plan want the school to open on a traditional calendar.

In her comments to the crowd and to the board, school board member Kathy Hartenstine read through emails from parents on both sides of the fight.

"Fuquay-Varina families are just as important as Holly Springs families," read Hartenstine, "I was moved to a year round calendar and I want traditional for my children, please keep Buckhorn Creek as traditional."

In the end, after much discussion, it was a close 5-4 vote to keep Buckhorn on a traditional calendar.

"As a parent , there is no doubt about it, people aren't pleased, that's the expectation, it doesn't make it any easier, it doesn't matter how we voted someone wasn't going to be happy," Johnson Hostler said.