WTVD
By Joel Brown and WABC and The Associated Press 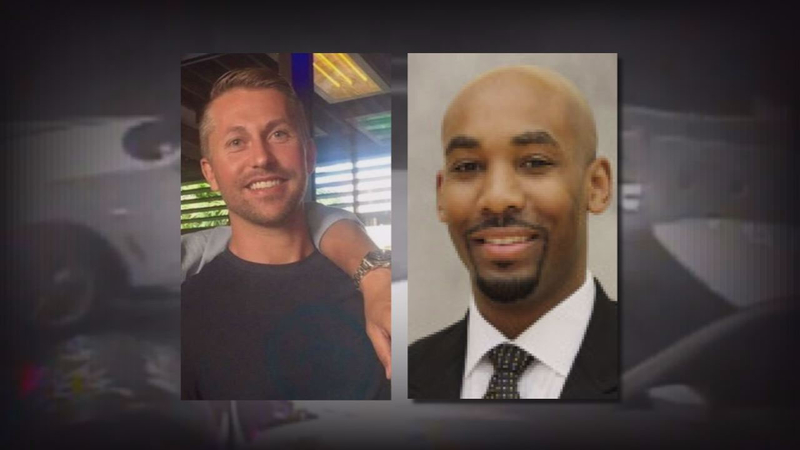 Shockwaves of NYC punch felt all the way in NC

Jamill Jones, 35, an assistant for the Demon Deacons, turned himself in to police Thursday afternoon. He's charged with third-degree assault but those charges will likely be upgraded.

Sandor Szabo died after being punched on a New York City street.

Szabo, who was once a Raleigh resident, was in New York City for a wedding and was apparently knocking on a car window because he thought it was his Uber.

Police said Jones got out and punched Szabo. He fell to the ground, hit his head and later died.

Police have made an arrest after a Florida man was punched in Queens and later died.

A person familiar with the investigation told The Associated Press that Szabo may have been drunkenly banging on car windows before Jones allegedly confronted him. The person spoke on the condition of anonymity because the person was not allowed to speak publicly.

The coach got out, followed Szabo to the sidewalk, clocked him and sped off, police said. Szabo never regained consciousness and was taken off life support on Tuesday.

The Wake Forest athletics office told ABC that "we have just been made aware of this matter and we are gathering information. We will make a further statement after we learn more about the matter."

Jones, of Kernersville, was arraigned Thursday evening and was released on his own recognizance. Jones was ordered to return to court on October 2.

Sandor Szabo's family has yet to speak publicly about his death; except to tell the New York Daily News on Monday that "Sandor was the most loving and kind individual anyone could have as a friend."

ABC 11 reached out Szabo's mother and brother in north Raleigh on Thursday night, but couldn't connect.

Szabo's boss at What if Media said the marketing firm is heartbroken about his death.

"Sandor's an amazing guy. He's just an upbeat, happy, good guy," said Josh Gillon, CEO of What if Media. "Always had a positive attitude and smile; trying to help out any way he can with our business."

Before setting off for Florida, Szabo lived in Raleigh. He graduated from DeVry University and volunteered for Making Magic Alliance -- a Raleigh based non-profit providing summer camp scholarships to underprivileged children.

"Mr. Szabo has been an integral part of our team beginning with his participation in the City of Raleigh Bikefest ... He has been a reliable and dedicated volunteer to our cause," Making Magic Alliance wrote in an endorsement of Szabo on social media.

"He was always upbeat, positive, kind and caring," the company said in a Facebook post. "He was fun to be with, interesting, and always interested. He was a really good person."

Szabo, who lived in Boca Raton with his brother, always had a bright smile and shared a love of fishing, cooking, and family, the company said.

"His beautiful spirit and his love of life will remain with us," the company said. "We are going to miss him dearly."

JONES WAS ON COACHING FAST-TRACK

Jones joined the Demon Deacons staff in May 2017 after coaching at Central Florida, where he served as an assistant to head coach Johnny Dawkins, a former Duke star.

He also coached at Virginia Commonwealth and at Florida Gulf Coast, where he was on the staff of Joe Dooley, now the coach at East Carolina.

Wake Forest head coach Danny Manning said at the time of Jones' hiring that he was a "well-respected bright mind" in the coaching world and brought "new blood" and "new perspectives" to Wake Forest.