Criminal charges coming for Wakefield student who reported false shooting, but is the punishment tough enough? 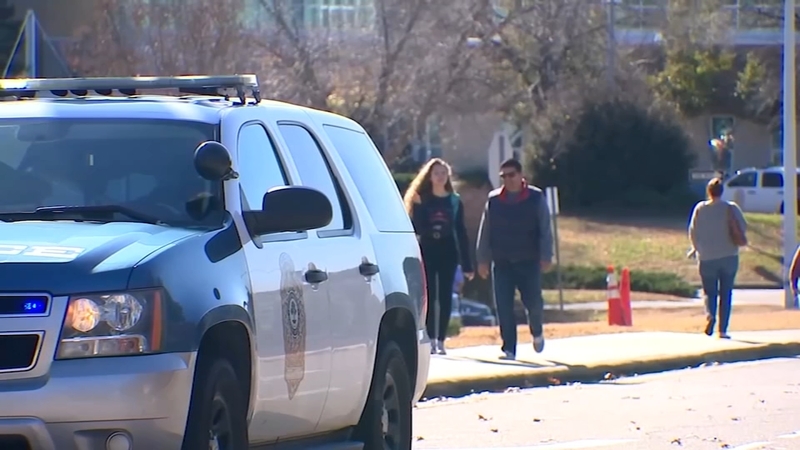 RALEIGH, N.C. (WTVD) -- In a letter from Wakefield Schools' administration to parents, Thursday evening, officials confirmed there were never any gunshots, never any threat; the morning's chaos was a hoax -- solely aimed at disrupting classes.

The prank had parents going from frightened to fuming. They want harsh punishment handed down. And Wake County's top prosecutor did not disagree.

"It is so disruptive to families and to parents -- that even these types of bogus threats have to be taken more seriously," said Wake District Attorney Lorrin Freeman.

When you tally it all up: the emotional anxiety for parents and students, the police manpower, the lost classroom instruction time, the cost of bogus calls to the police like Wakefield High's is immense.

"And people need to start understanding that when that happens those of us who have a responsibility to enforce the laws are going to have to take appropriate action," Freeman said.

If and when charges are filed, Freeman's office will prosecute the unidentified students who made the bogus call to 911, which was complete with what sounded like fake gunshot noises and dramatized fear of an active shooter near campus.

When parents found out it was all an act -- the anger boiled over. But under state law, what happened Thursday, is a Class 2 Misdemeanor, "making a false report to law enforcement." Max penalty: 60 days in jail with a $1,000 fine.

We asked the district attorney, when does the punishment for this type of crime start to deter the crime?

"It really does create a lot of havoc and legitimate concern for parents and I think given that, I think it's probably something that legislature should look at," she said.

Freeman told us her office evaluates these kinds of threats or pranks on a case by case basis -- but a key factor in determining what the punishment is based on what harm has been done.

"When you have parents disrupting their work-life, rushing to the school out of fear that something actually happened, that's a pretty significant harm for these parents who really are in fear," Freeman said. "And so that weighs in to what is the appropriate community response."

Wakefield High administration confirms that it was students who made the call. While the school is not naming names, administrators are assuring parents that disciplinary actions, including long-term suspension, are being taken. And criminal charges 'will be filed.