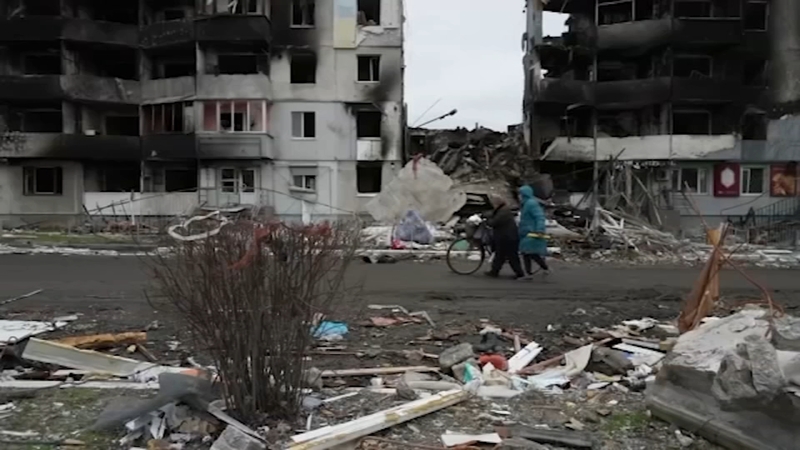 SANFORD, N.C. (WTVD) -- David Aznaurov and his wife are in the difficult position of watching the war unfold from their Sanford home.

His wife, Olga, who is from Kyiv, waits on calls from her parents and other family members daily to ensure they are safe.

David Aznaurov wants to ensure people know there is still a war going on.

"My father-in-law is no longer going to the basement when they hear air raids because it's going on and off every half hour thankfully," he said. "Ukrainians are wishing for revenge as well as justice."

David and Olga have a 4-year-old, and David said he cannot bear the thought of more than 150 children being killed in the last two months.

"I can't imagine this horror for the families," he said. "It's absolutely devastating. I just hope that the economic sanctions the United States and European Union impose on Russia will destroy their economy so they won't be able to continue the war."

David is from Georgia, which declared independence from the Soviet Union in 1991 only to be invaded by Russia in 2008.

"When Russia invaded Georgia in 2008, it went smooth for them with no repercussions," he said. "Same when they invaded Ukraine in 2014 and they annexed Crimea, there were no repercussions as well."

He's hoping for those repercussions on the world stage as he worries about the future of the country.