This summer was the hottest on record A man pauses in the heat and sand at Brighton Beach in Brooklyn on August 20, 2015 in New York City. (Spencer Platt/Getty)

Did this summer feel hotter than usual? It turned out to be the earth's hottest on record. 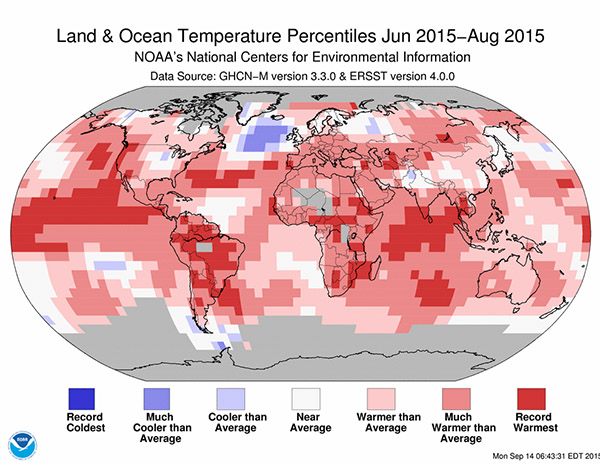 And it may not just be a record setting summer -- meteorologists predict that 2015 will be the hottest year ever.