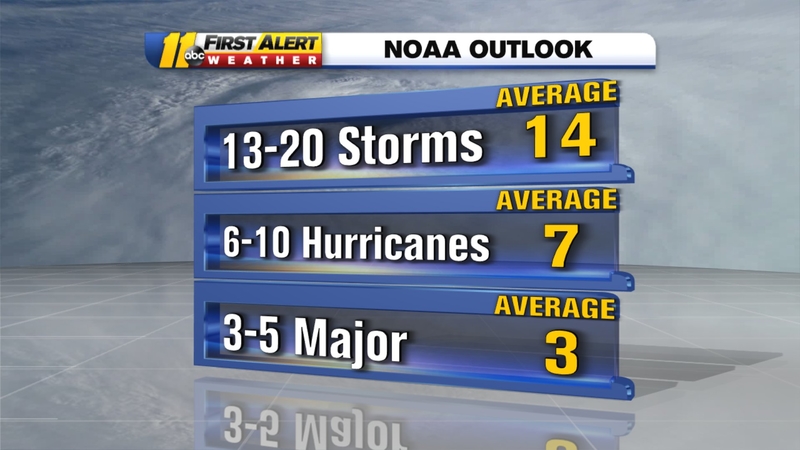 NOAA's outlook comes more than a month after news that the average number of hurricanes has increased in the Atlantic basin.

On Thursday, NOAA said it is predicting another above-normal Atlantic hurricane season, with forecasters predicting a 60 percent chance of an above-normal season. However, experts do not anticipate the historic level of storm activity seen in 2020.

"Although NOAA scientists don't expect this season to be as busy as last year, it only takes one storm to devastate a community," said Ben Friedman, acting NOAA administrator. "The forecasters at the National Hurricane Center are well-prepared with significant upgrades to our computer models, emerging observation techniques, and the expertise to deliver the life-saving forecasts that we all depend on during this, and every, hurricane season."

In April, scientists with Colorado State University predicted the 2021 season would be above average. The team said 17 named storms and 8 hurricanes are expected, with four of those predicted to be major storms.