6 years ago: Winter storm shut down North Carolina and gave birth to some unforgettable memes

WTVD
RALEIGH (WTVD) -- The snow of Feb. 12, 2014, was one of the more problematic winter weather events North Carolina has seen.

Officially six years ago on Wednesday, the storm brought several cities throughout the southeast to a standstill. In North Carolina in particular, it became a social media sensation thanks to memes spawned by the following picture. 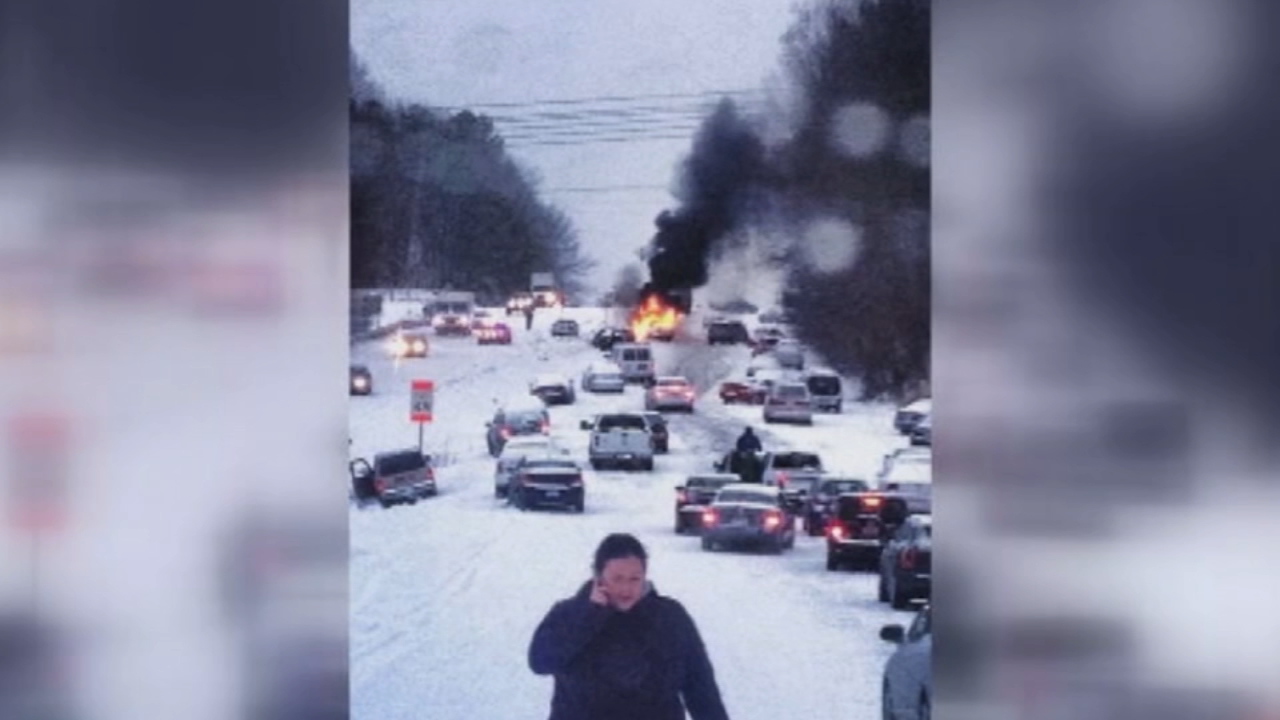 Cars got stuck throughout the Triangle on Feb. 12, 2014, especially on Glenwood Avenue in Raleigh.

The storm canceled flights and made major roads impassable. Cars spun out, stalled and got stuck from the snow and ice that accumulated. The accumulation totals were not the highest ever seen--3.3 inches of snow were logged at RDU--but the speed at which it fell made getting home more treacherous than the average commute. The Triad and foothills areas were pelted, as parts of Yadkin and Surry counties got as much as 19 to 20 inches. 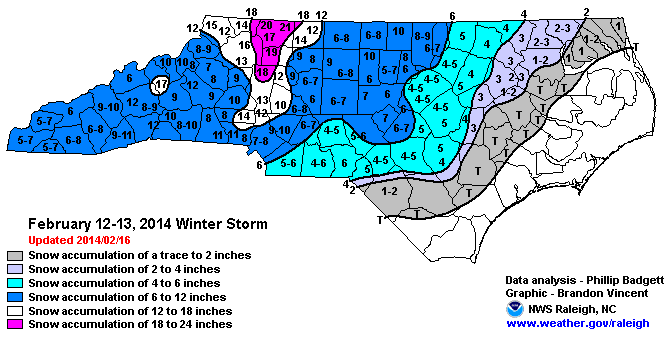 Eight people died in North Carolina, according to our newsgathering partners at The News & Observer.

A Winter Storm Watch was issued earlier in the week, but many felt the area wasn't prepared. It was a Wednesday, which meant everyone was at work and school and would have to get home. Heavy snow began to fall between noon and 1 p.m. Several business, schools and places of work let out early, but that just complicated matters. Commutes that usually took 30 and 45 minutes took hours with some people even having to ditch their cars and walk.

Snow fell so suddenly and at such a swift pace that many who left work and school early in an attempt to beat the rush were still met with dangerous driving conditions the likes of which the area rarely sees.

The travel situation was so dire, the Duke/North Carolina basketball game, appointment viewing for everyone from Murphy to Manteo, was postponed. Duke's bus was unable to get to campus to pick up the team in time for the game scheduled for that night. Longtime ESPN basketball commentator Dick Vitale was stranded at Raleigh-Durham International Airport.

The day spawned some memorable internet memes, one featuring the Stay Puft Marshmallow Man from Ghostbusters terrorizing Glenwood Avenue with cars stuck all over the road. Another showed John Candy's "Lasky" character from National Lampoon's vacation beside text that read "One inch of snow? Sorry folks, North Carolina is closed."

It's supposed to snow 8-12" in Denver today and all I can think about is Raleigh's 2014 #Snowpocalypse & this fantastic meme ⛄️☄️ pic.twitter.com/JaFE0JkE28