WTVD
By Don Schwenneker
RALEIGH (WTVD) -- It's been such a crazy year in the Tropics! It seems like every time there is a name issued for a tropical storm, it's the earliest that letter has been issued in recorded history.

But, and I've gotten this question a lot lately, what happens when we get to the end of the list? There's only ONE left on the 2020 storm name list. 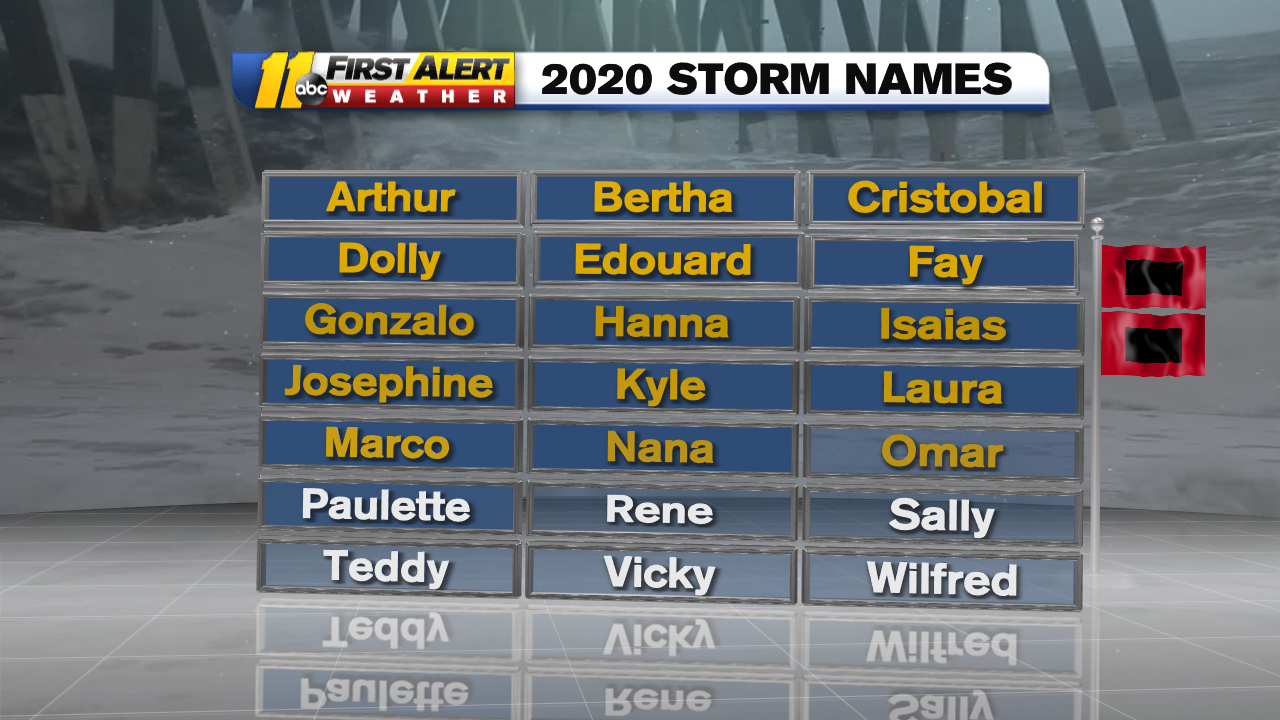 What happens after Wilfred?

The list starts over, with the Greek Alphabet. Here's a look at the first six names on that list: 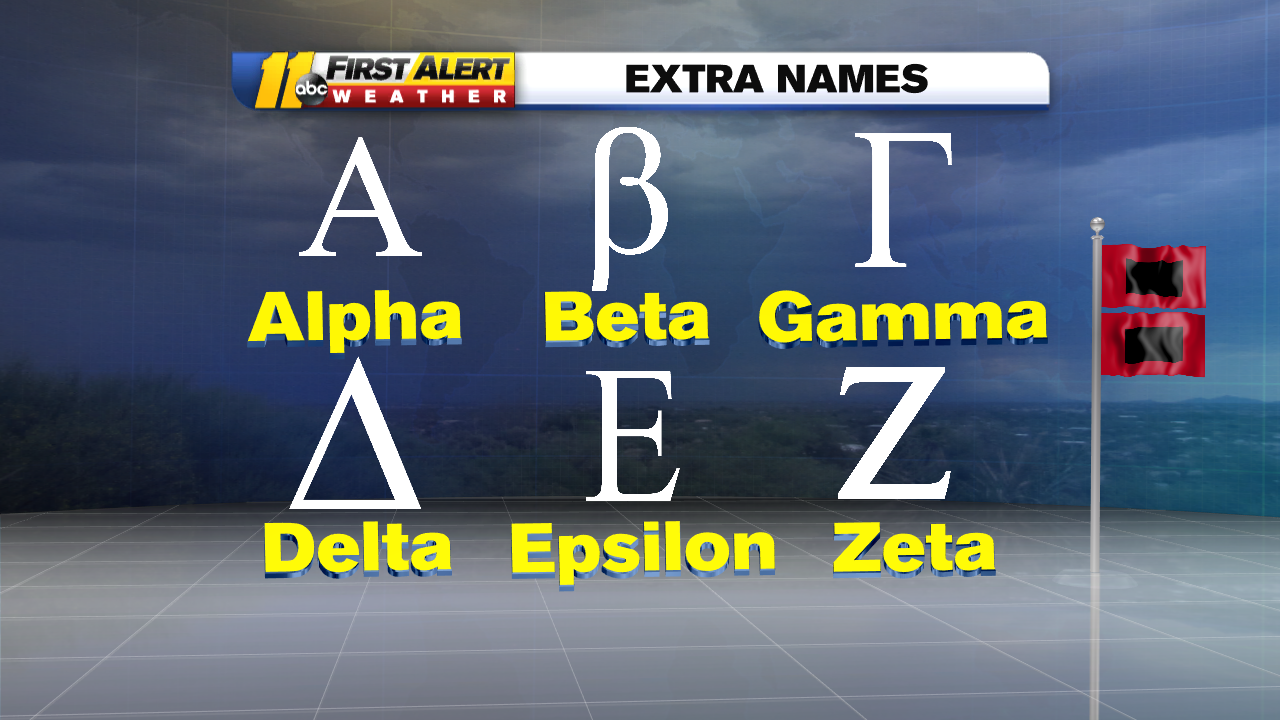 We start with Alpha and we work our way down that list.

This has only happened once before, in 2005. In that record-breaking year, we saw several historic storms including Katrina, Rita, and Wilma. We went six names into the Greek alphabet with the last storm named Zeta. The last letter of the Greek alphabet, by the way, is Omega.

You also might be asking "Why are there only 21 names on this year's list? There are more letters in the alphabet!" And you would be correct.

The folks who make the list for are part of the World Meteorological Organization, or the WMO. In the western Atlantic basin, they skip the letters Q, U, X, Y, and Z. They aren't as commonly used to start names in the countries in our neck of the woods.

They are used in other parts of the world. In the eastern Pacific basin, they DO use X, Y, and Z. They also average more storms per year and tend to need more names.

Hope this helps clear things up a few things about Tropical Storm names. The hurricane season ends November 30, so we're only halfway through, though the peak is next week. And, if you're already looking forward to 2021 because 2020 has been a dumpster fire, the first storm name next year is Ana.
Report a correction or typo
Related topics:
weatherweatherhurricane
Copyright © 2020 WTVD-TV. All Rights Reserved.
More Videos
From CNN Newsource affiliates
TOP STORIES