WTVD
By Diane Wilson
WILMINGTON, N.C. (WTVD) -- Mandatory evacuation is in effect along the N.C. barrier islands, and storm surge and flooding are on the minds of residents and business owners in Wrightsville Beach and Wilmington.

Residents in Wrightsville spent Wednesday boarding up and getting off the island.

Starting at 8 p.m. Wednesday, the bridge to Wrightsville was blocked by police. No one can get onto the island until after Dorian passes and officials give the all-clear to open the island back up.

That wait is rough for business owners like Jimmy Gilleece of Jimmy's on Wrightsville Beach.

"If they let us back as soon as it's over, I can save it, dry it out. But a lot of times they won't open up the island for a couple of days. That's what hurts us," he said.

Only a few more hours for residents to get off #WrightsvilleBeach ahead of #HurricaneDorian. Everyone must be off the island by 8pm. #ABC11 #ncwx #dorian pic.twitter.com/gabvFDEVyI

Crews with Duke Energy are ready to respond. The power company has several staging sites around North and South Carolina.

One is in Florence where crews are on standby.

"They are going to be available to surge into the coastal areas on Friday once the storm passes," Jeff Brooks with Duke Energy said. "We want to keep them outside the storm's path to protect their equipment and our crews so they can go to work immediately."

One challenge though is if you do lose power right away, it takes time for crews to get into place.

"It will take about 24 hours for the storm-force winds to get out of the area and our crews can't go to work when those winds are above tropical-storm-force levels, so it will be some time before our damage assessors can get out," Brooks added.

He said crews will work around the clock until power is restored to everyone.

Businesses in downtown Wilmington are not taking any chances.

Many spent the day boarding up their storefronts.

Some businesses in downtown Wilmington are already closed ahead of Dorian, others just boarded up but are staying open. #HurricaneDorian #ABC11 #wilmingtonnc #ncwx pic.twitter.com/HWcl2YwOGy

Phil Williams with the boutique store, Edge of Urge, which is along Market Street near the Cape Fear River, said he will keep an eye on Dorian.

"It's preparation, hopefully. It doesn't look as bad as it has in past years," Williams said.

During Hurricane Florence, he said there was so much flooding they did move all of the merchandise off of the floor and to the second floor. With Dorian, he says they won't do that just yet.

Many business owners like Gary Coleman say they've been through many hurricanes and with this one they are not taking any chances. He adds, "I don't know what to think. It looks like a pretty big storm."

Most businesses are closed until Dorian passes, but some are staying open as long as they have power and the water stays out.
Report a correction or typo
Related topics:
weatherwilmingtonwrightsville beachnchurricane dorianhurricane
Copyright © 2020 WTVD-TV. All Rights Reserved.
HURRICANE DORIAN 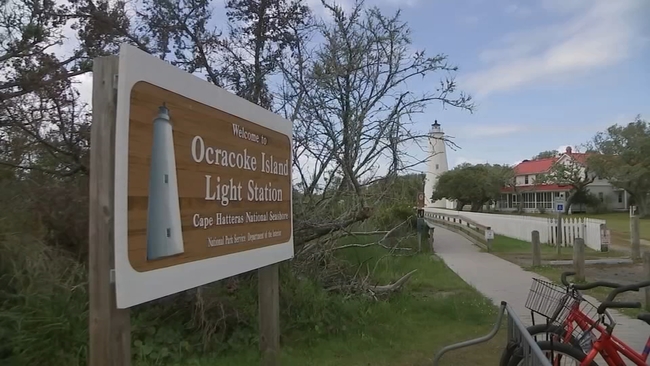 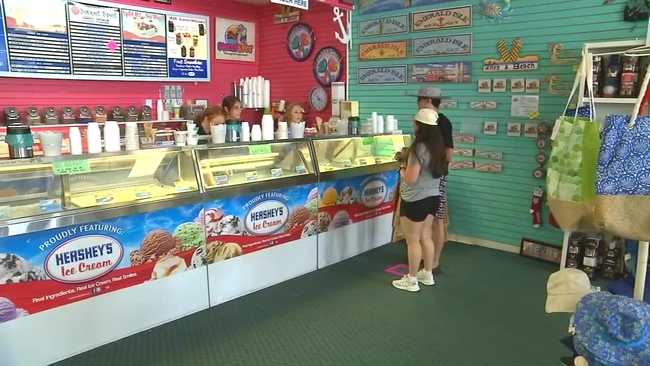