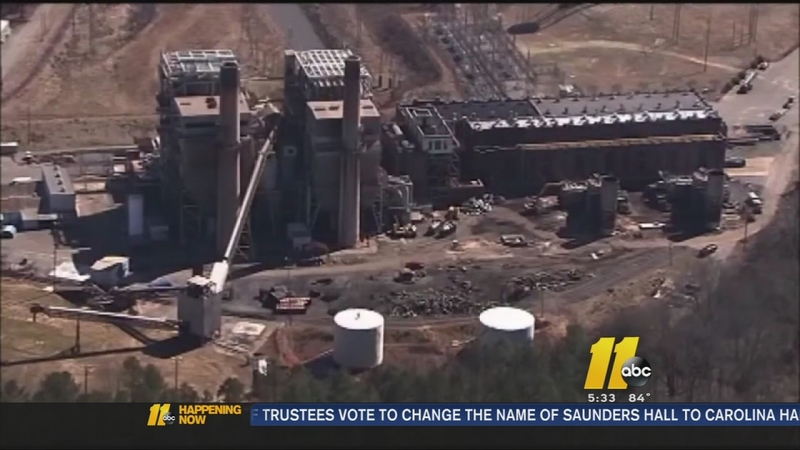 GOLDSBORO, NC (WTVD) -- Some homeowners who live near a retired Duke Energy power plant close to Goldsboro have been warned not to drink well water after testing has shown chemicals from coal ash pits have seeped into groundwater.

At a news conference Thursday, the North Carolina NAACP said five residents have gotten letters warning them of the problem at the retired Lee plant.

The NAACP said Thursday it is also investigating. It says it is concerned that harmful environmental practices disproportionately affect poor communities and communities of color.

"Folks should have the right to breathe clean air, drinking clean water, live and work on uncontaminated lands, eat food from their garden, that's not contaminated from the acid rain that comes from these productions and the runoff from these facilities," said NAACP Environmental Director Jacqueline Patterson.

The number of affected homes could rise as testing continues.

But Duke Energy told ABC11 Thursday the vast majority of homes near power plants do not have elevated levels of chemicals associated with coal ash. It says it is doing preliminary testing and more analysis is needed. Thorough groundwater studies should be complete by the fall.

The company said it's committed to providing clean water to affected residents.

Until then, affected resident are being supplied with bottled water. That's one gallon per person per day.