WTVD
PENSACOLA, Fla. -- U.S. law enforcement officials were digging into the background of the suspected Florida naval station shooter Friday, to determine the Saudi Air Force officer's motive and whether it was connected to terrorism.

As questions swirled about the shooting, which left four people dead and multiple people wounded, officials identified the suspect as 2nd Lt. Mohammed Saeed Alshamrani, an aviation officer in the Saudi Air Force. The officials spoke on condition of anonymity to discuss an ongoing investigation.

Alshamrani was attending the aviation school at the base, one of hundreds of international military members who are receiving training there.

ABC News has obtained a photograph of the identification card that was found on the body of the Pensacola shooter.

Armed with a semi-automatic handgun with an extended magazine, the shooter opened fire in a classroom building on Friday morning. He was apparently firing at random and at one point was slowed when somebody barricaded a door, allowing others to flee out of the building.

The attack left four people dead, including the assailant, and multiple people wounded.

Sources told ABC News that investigators are working to determine if the shooter was acting out because of religious or ideological reasons or if there was some sort of problem or hostility that developed in the course of the training at Pensacola.

Investigators have found what purports to be an online screed written by the shooter and are working to determine if it is legitimate. In it, the writer expresses hatred toward Americans because of crimes against Muslims and humanity as well as US support for Israel.

There was no immediate report on the shooting carried by Saudi state media. The kingdom has long relied on the U.S. to train its military.

Alshamrani began his training in August 2017, and it was scheduled to last until August 2020. His program included English language training, basic aviation, and initial pilot training.

Defense Secretary Mark Esper said in a statement that the Pentagon was continuing to monitor the Pensacola incident and was gathering additional facts on the shooting earlier this week at Pearl Harbor, when a young Navy sailor gunned down two people and then shot himself.

Jim Dolan reports on the deadly shooting inside a classroom building at Naval Air Station Pensacola in Florida.

US report shows 16.6M applied for unemployment in 3 weeks 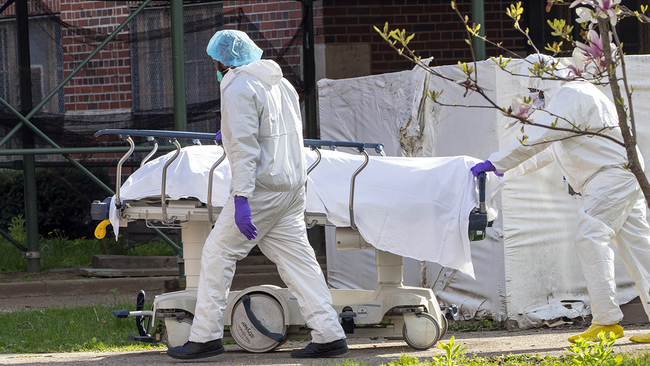