What's at stake between India and Pakistan in Kashmir 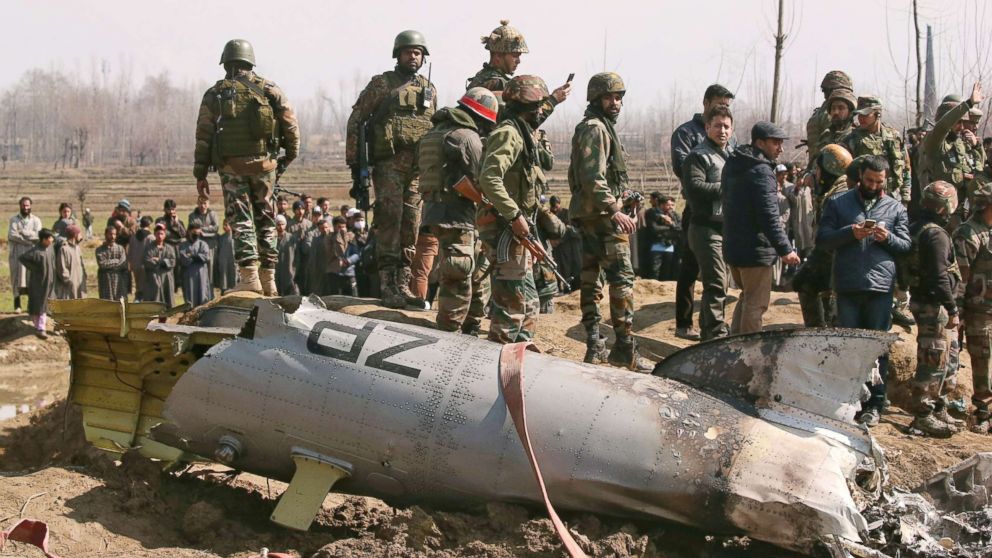 LONDON -- India's recent pronouncement that it would be revoking Article 370 of its constitution, which gives the disputed region of Kashmir autonomy over most of its laws, is the latest flash point in one of the world's most bitterly contested regions, as tensions rise between Pakistan and India.

Narendra Modi, the prime minister of India, emboldened by an election win, has followed through on his BJP party's long-held ambitions to fully strip Kashmir of its autonomy, imposing a curfew and bringing in an estimated 10,000 troops to maintain law and order. The latest move by the Indian government has been described as "undo[ing] 70 years of constitutional relations," according to one expert.

In February, airstrikes were carried out by both the Indian and Pakistani Air Forces in Kashmiri territory, and aircrafts on both sides were shot down.

After a terrorist attack in Indian territory in Kashmir on Feb. 14 killed 40 security personnel, the India Air Force carried out an airstrike in Pakistan on Feb. 26. They claimed to be targeting the perpetrators, although there were no casualties, according to Pakistan.

As the world turns its gaze to the mountainous region on the border between Indian and Pakistan once again, ABC News spoke to experts and analysts to find out the origins of the conflict and how close the countries actually are to another war.

India and Pakistan have gone to war three times over the disputed region of Kashmir, most recently in 1999. The origins of conflict lie in the way both countries gained independence from British rule in 1947.

"Pakistan was founded as a homeland for Muslims, making it the world's first religious nation-state a year before the 1948 establishment of Israel," Dr Elizabeth Chatterjee, a lecturer in regional and comparative politics at Queen Mary University in London, told ABC News. "Its founders fully expected that Muslim-majority Kashmir would join it. But when armed tribesmen poured over the border, Kashmir's Hindu ruler hurriedly agreed to join Indian instead."

"He feared that giving back Kashmir would open up the brutal religious wounds of 1947, when the partition of India and Pakistan left more than a million dead," Chatterjee said.

Besides that geopolitical conflict, another crucial factor is behind the tension: water.

"Nationalism plays a big role, but there is also a resource angle," historian Daniel Haines, author of "Rivers Divided: Indus Basin Waters in the Making of India and Pakistan," told ABC News. "Kashmir and India are upstream of Pakistan on all the major rivers that Pakistani people depend on for water. During my research on the topic, I found that Pakistani leaders have often seen India's control of Kashmir as a major threat."

Kashmir is now divided between Indian and Pakistani administered territories. The crucial border between them is known as the "Line of Control."

This week's crisis was sparked by a suicide bombing in the Indian-held Kashmir territory of Pulwama, which killed 40 security personnel on Feb. 14.

The Indian government blames the attack on Jaish-e Mohammad (JeM), a militant group trying to end Indian rule in Kashmir, according to a 2004 report prepared for the United States Congress by think tank CRS. The Indian Foreign Minister has said that Pakistan harbors the organization, which has carried out a number of attacks on Indian territory -- though Pakistan denies this.

The exact relationship between the Pakistani government and this organization has been unclear, according to security expert Alexander Sehmer, director of geopolitical intelligence at analytics company Falanx Assynt.

"The Pakistani government outlawed JeM in 2002 under international pressure, but it's pretty much accepted that elements of Pakistan's security forces and the [Pakistan Intelligence Agency] ISI have links to militants in the group," he told ABC News. "Having said that, there isn't any evidence that Pakistan was involved in the Pulwama attack, although India did claim it could demonstrate that it was."

Militant groups have long been used by the Pakistani military, according to Chatterjee.

"Sponsoring militants in Kashmir has offered Pakistan's army a golden strategic opportunity since the 1980s," she said. "The insurgency keeps a substantial chunk of India's much larger military tied up on the border ... while allowing Pakistan to deny any responsibility."

Militants may be "sponsored" by Pakistan, but Chatterjee argues that Kashmiri people have grown increasingly frustrated with Indian rule. "It is easy to forget the actual people at the heart of this conflict as the two countries beat their war drums," she added.

Now, the stakes are higher than ever.

"Both India and Pakistan have been open about their nuclear capabilities since the 1990s," Amil Khan, associate fellow at Chatham House, told ABC News. "For the past quarter of a century or so, any conflict between them has been a troubling prospect."

The risk of 'unintended consequences'

February's skirmish was the first time the Indian Air Force had entered Pakistani territory since the war of 1971. Security expert Sehmer believes that recent "dogfight" over Kashmir that saw two Indian jets shot down by Pakistan in February represents the "most substantial military confrontation" between the two since then.

A key factor in how the crisis will unfold will be the the G7 summit later this month, according Vasuki Shastry, an associate fellow at Chatham House and former political journalist in India. It will benefit India for the international community to stay out of the matter, while Pakistan will be hoping to secure the support of the United States, who see Pakistan as crucial to combating militancy in neighboring Afghanistan, he said.

"It can very easily become an international issue provided the G7 [which meets this month] is in the mood to make this an issue," Shastry told ABC News. "[But] you've got to take into account that the timing [from Modi] is perfect. This is a time of resurgent nationalism all over the world. These are all leaders building on domestic bases of support. They don't really care what the international community thinks."

President Donald Trump recently offered to mediate in the dispute between Pakistan and India in July.

"I've heard so much about Kashmir, such a beautiful name," he told reporters alongside Imran Khan, the prime minister of Pakistan. "It's supposed to be such a beautiful part of the world but right now there's just bombs all over the place. If I can do anything to help that, let me know."

This piece has been updated to correct the date of the last war between India and Pakistan over Kashmir.
Report a correction or typo
Related topics:
abc newsnational
Copyright © 2021 ABC News Internet Ventures.
More Videos
From CNN Newsource affiliates
TOP STORIES