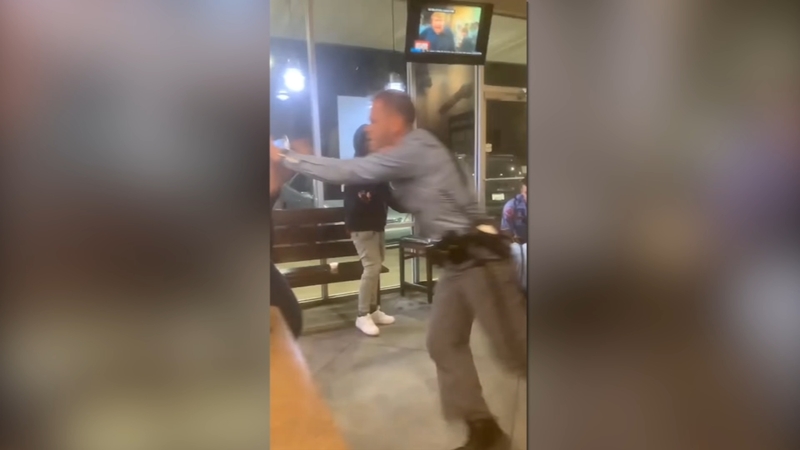 RPD officers under scrutiny after video of fight at Wing Stop

In the new video, you can see an officer appear to put his knee on a man's neck as police try to detain him.

Officers responded to a report of a fight about midnight last Friday at the restaurant on New Hope Church Road.

Raleigh Police said that while detaining the man, a woman interfered and assaulted two officers.

In a separate piece of video, you can see one officer take ahold of that woman and she is then on the floor.

Mekhi Alante Lucky, 24, Lucretia Tenell Godwin, 24, and a 16-year-old juvenile were all charged in connection with the incident. After reviewing surveillance footage from Wing Stop, officers obtained a warrant for a fourth person, Alexandra Marie Henley, 32, who turned herself in later that day.

Two officers were treated for injuries.

The Internal Affairs Unit at RPD is investigating.

"RPD personnel are held to a high standard of conduct and any violation of policy and procedures will be fully investigated and subject to disciplinary action if substantiated based on the factual findings." Raleigh Police Chief Estella Patterson said.