More security at Zac Brown Band concert, and more changes could be coming 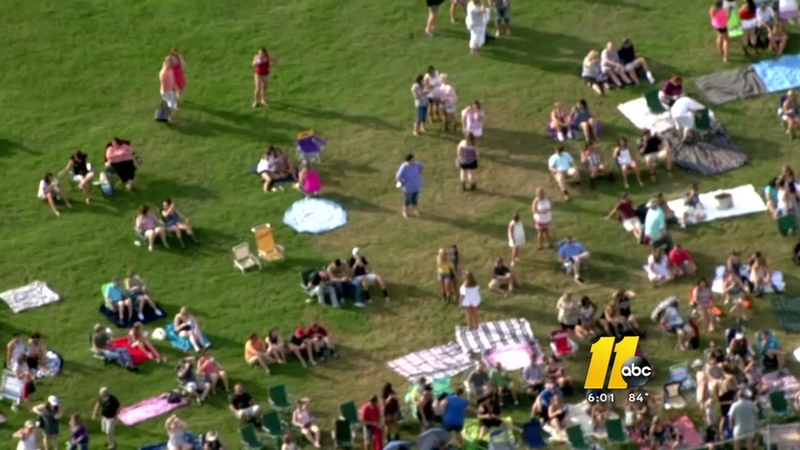 The Zac Brown Band headlines the Coastal Credit Union Music Park at Walnut Creek and managers told ABC11 they expect a sellout crowd of nearly 23,000. There was at least one visible security change before the show, as park staff and VIPs were unable to park on site before the gates officially opened at 4 p.m.

"We're a little more alert and figured the security would be a little difficult," Tim Hall, a Zac Brown Band fan, told ABC11.

Hall and his family drove up from Fayetteville to see the show and told ABC11 the mass shooting in Las Vegas taught them to prepare an exit strategy before entering.

"We know with the amount of people there it could be mass confusion. We have to stay together," he said.

Indeed, as Americans adjust to life after the massacre, music producers and show promoters are also exploring ways to improve security without imposing on the fan experience.

"I don't know there's much more that can be done," Dave Rose, President of Deep South Entertainment, told ABC11. "We could look to alternative forms of security, like dogs or like cameras that could pick up and monitor things."

Rose, whose production company will put on all concerts at the North Carolina State Fair, said security will be "extremely tight" at the fair, and music acts might in the future choose to avoid parks in urban areas for shows, choosing instead distant fields, arenas or other enclosed venues.

According to Rose, the biggest change at a concert post-Vegas is the mindset of those attending the concerts.