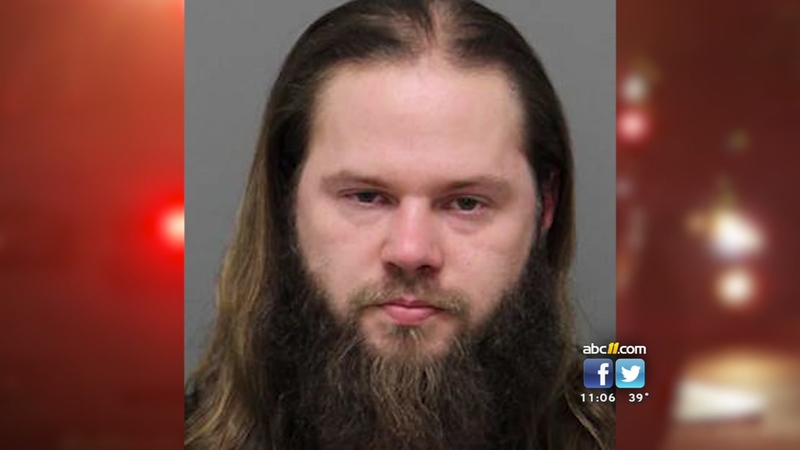 man arrested after incident outside gay club in Raleigh

RALEIGH, NC (WTVD) -- A Wake County man was arrested Monday night after going on a homophobic rant while brandishing a handgun outside a gay-friendly nightclub in downtown Raleigh.

It happened late Monday night at the Ruby Deluxe bar and nightclub on the 400 block of Salisbury Street.

The two-year-old bar bills itself as a "safe space" for the local LGBTQ community.

But Raleigh Police said one customer had other ideas on Monday; he arrived at the night spot with a backpack loaded up with a gun, a knife, and a Taser - and he was throwing around gay slurs.

Grayson Pittman, 27, of Zebulon was arrested at the scene.

RPD said Pittman got into a verbal altercation with the door person at Ruby Deluxe. And when he was told he couldn't come inside because of his aggressive behavior, Pittman allegedly pulled a holstered handgun out of the bag and put it on his hip and began yelling gay slurs.

The bar called 911. And when police arrived, officers found the gun, a fixed-blade knife, and the Taser in his bag.

Here’s the man accused of spouting a homophobic rant while brandishing an illegal handgun outside a gay-friendly Raleigh nightclub. More on the arrest and new security protocols at the Ruby Deluxe — NEW AT 11. #abc11 pic.twitter.com/5V3b4H4rfi

In a phone interview with ABC11, the bar's owner, Tim Lemuel, said he is tightening security at the club in the wake of the incident.

Pittman has a lengthy criminal history. Monday night's incident at Ruby Deluxe was his 12th arrest since 2010.