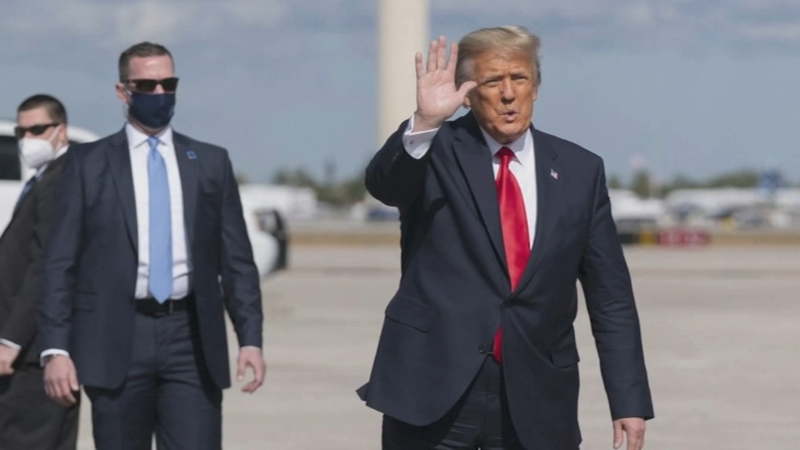 ELON, N.C. (WTVD) -- The most recent survey conducted by Elon University shows nearly 60 percent of North Carolinians believe the former president is "very or somewhat responsible for the violence at the U.S. Capitol on January 6."

'It really comes down to party ID," said Jason Husser, director of the Elon University Poll. "Democrats seem to be supporting impeachment overall, Republicans less so. That said, 11 percent of Republicans support impeachment. When it comes to unaffiliated voters a plurality of them, 45%, supported impeachment, 39 opposed and 16 percent said they're just not really sure yet."

Here's what you need to know about President Trump's second impeachment.

The latest nationwide ABC News/Ipsos poll shows a narrow majority of Americans support the Senate convicting Donald Trump, and "barring him from holding Federal office again." 56 percent of Americans in that poll say Trump should be convicted while 43% say he should not be convicted. Compare those results to those from Elon University's poll of North Carolina.