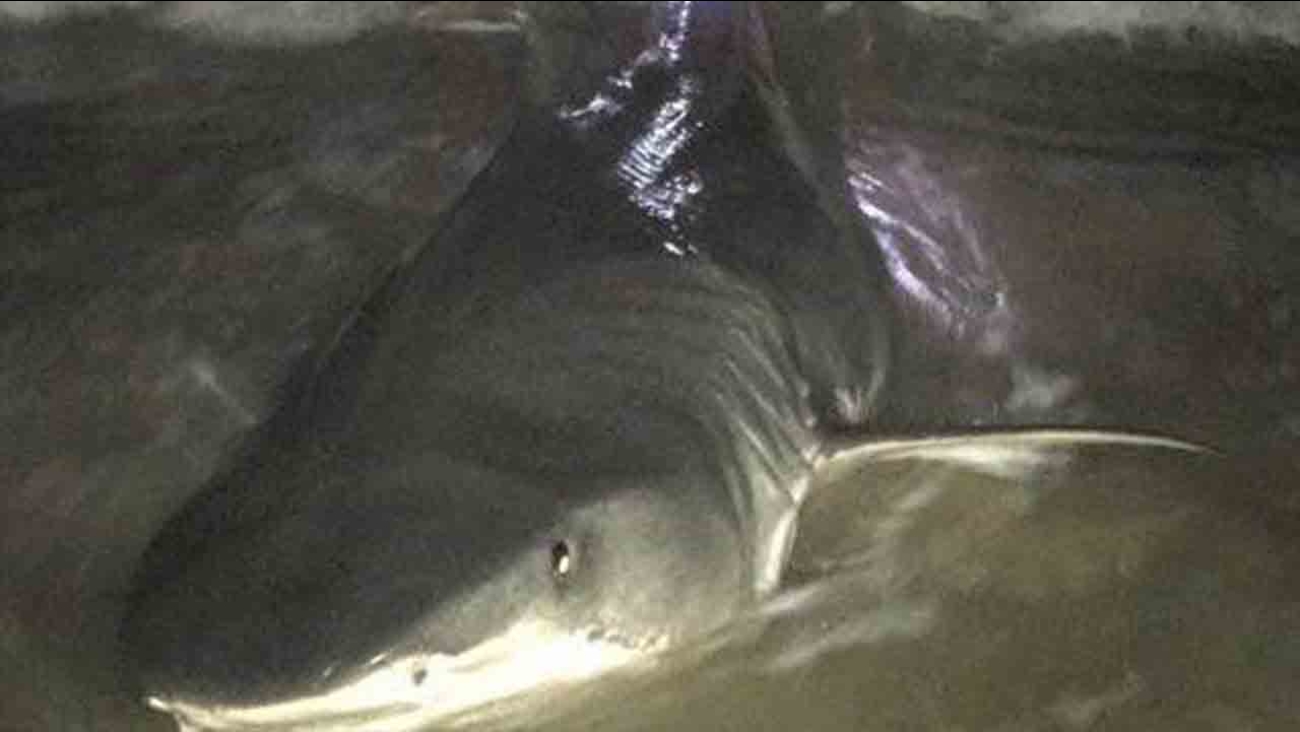 "It took about five to 10 minutes of me walking her down the beach a little way," he said. "I was getting the oxygen flowing over her gills, and then she kicked off, went into the water, and we didn't see her again."
Report a correction or typo
Related topics:
pets & animalsnorth carolinabeachessharksnorth carolina news
TOP STORIES
AAPI heritage celebration highlights cultures and traditions
Barbershop Buzz helps concerned men share fatherhood advice and tips
Firefighters called to two-alarm fire in Cary
1 person injured in shooting in Fayetteville, police investigating
1 person is left seriously injured after 8 car crash in Durham
Runner dies after collapsing at finish line of Brooklyn Half Marathon
Volunteers at Raleigh church package meals for people in need
Show More
Russia's claim of Mariupol's capture fuels concern for POWs
Man charged in Hope Mills double murder
Some peanut butter recalled for potential salmonella
Smith, Raanta, Hurricanes top Rangers for 2-0 series lead
First formula flights from Europe to arrive this weekend
More TOP STORIES News