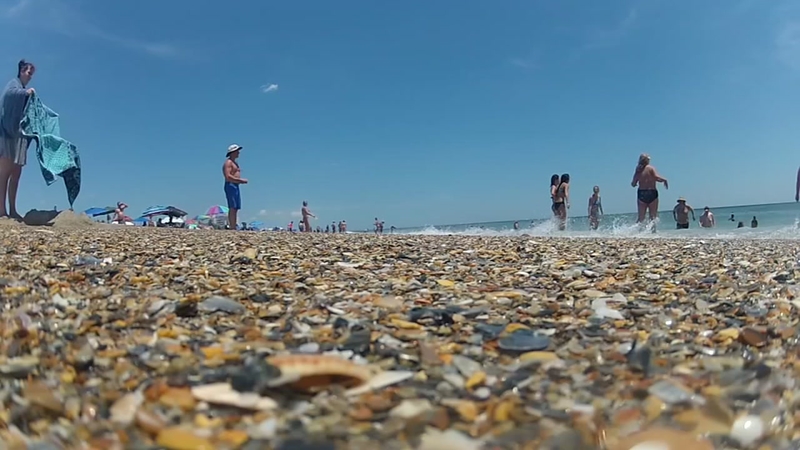 Rip currents have already claimed several lives off the North Carolina coast this summer and Memorial Day proved to be another busy day for rescues.

According to the National Weather Service, as of 5 p.m., 20 rescues were reported Monday -- 10 at Carolina Beach and 10 at Wrightsville Beach.

It comes on a day that NOAA noted a high risk for rip currents.

On days with a high risk, it's recommended that beachgoers stay out of the water.

"The waves are really rough and it does push you back a lot," Reans said.

With the red flags out and dangerous rip currents, she said they purposely set up by the lifeguard station. She also said lifeguards are keeping swimmers closer to shore.

"They let us go to our stomachs but they don't want us to go far at all," Reans said. "They tell us, 'Come up a little bit. Come up.' They are keeping a very good watch on us."

This comes after eight people have died on North Carolina's coast this year. Nearly all of those deaths have taken place on the Crystal Coast.
During the weekend, a man drowned and three children were taken to a hospital after going underwater at Pine Knoll Shores.

"We did ramp up patrols, especially on weekends like this where it's gonna be very busy," said Emerald Isle Lifeguard Ryan Taylor. "Memorial Day, Fourth of July, Labor Day weekend, stuff like that, where we know there's gonna be an influx of population- We do put extra guards out on the beach."

If you get stuck in a rip current, Taylor said you shouldn't panic. If you're confident in your swimming, you can try swimming parallel to the shore to get out of it. if not, he said, just let it take you out and once you're able to, swim parallel to shore, then you can swim back to shore, he said. You can also wave your hands so people know you're in trouble.

Meanwhile, the Cape Hatteras National Seashore is adding lifeguard services at one popular beach for the busy summer tourist season.

Seashore officials say lifeguards will be stationed at the Frisco Day Use Area starting Memorial Day weekend and going through Labor Day. Lifeguards will be on duty from 9 a.m. to 5 p.m., seven days a week.

David Hallac is superintendent of the National Parks of Eastern North Carolina. He says the Frisco beach is appropriate for the fourth area with lifeguards because it's popular and has a large parking area, a boardwalk and restrooms.