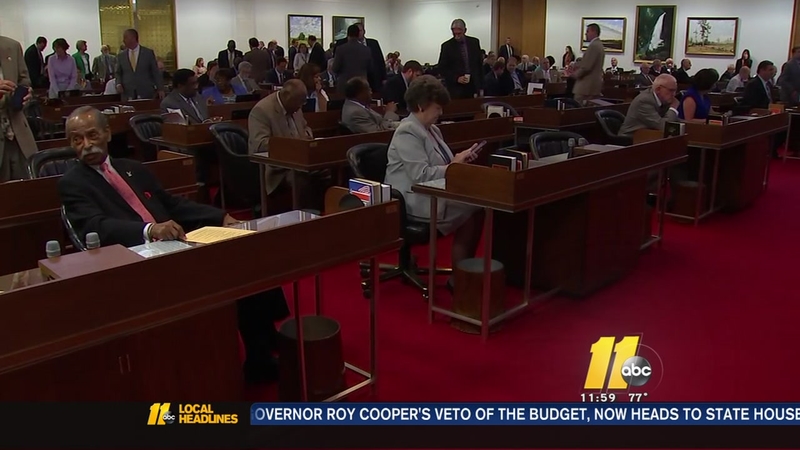 The House voted 76-43 to enact the two-year budget despite the governor's complaints, with GOP arguments over improved average teacher pay and broad tax cuts winning out for now.

The Senate already agreed to its part of the override late Tuesday. The budget largely takes effect when the new fiscal year begins this weekend.

"There is good in the budget, but it is overshadowed by the bad in my opinion and part of the bad is a billion dollar tax cut that appears to put a $600 million hole in the budget by 2020," said Rep. Darren G. Jackson. "It stops us from ever getting to the national average in teacher pay."

The governor rejected the $23 billion Republican-backed state budget for not spending enough on education and for tax cuts to the wealthy.

In a statement, Cooper said: "These shortcomings can be fixed, and I encourage the General Assembly to do so by capping tax cuts so they benefit the middle class, investing more in public education, and fixing the unconstitutional flaws in this bill. But in its current form the Act shortchanges North Carolina."

"Governor Cooper said he would sign the budget if legislators would target the income tax breaks to middle class families and invest the savings on education and job creation," Ford Porter with Governor Roy Cooper's office said. "Unfortunately, legislative Republicans refuse to compromise and insist on a plan that treats the middle-class as second class."

Republicans say the budget boosts education spending by $700 million and includes tax cuts for nearly everybody.