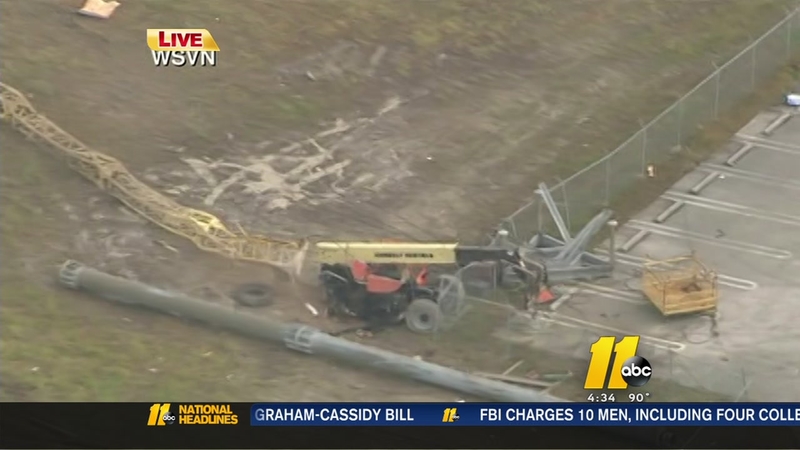 The incident happened Wednesday afternoon in Miami-Dade County at a tower that transmits the signal for the television company.

Reports say that a body could be seen lying over a section of scaffolding that collapsed.

It is not known how many people were working on the tower or exactly how the incident occurred.