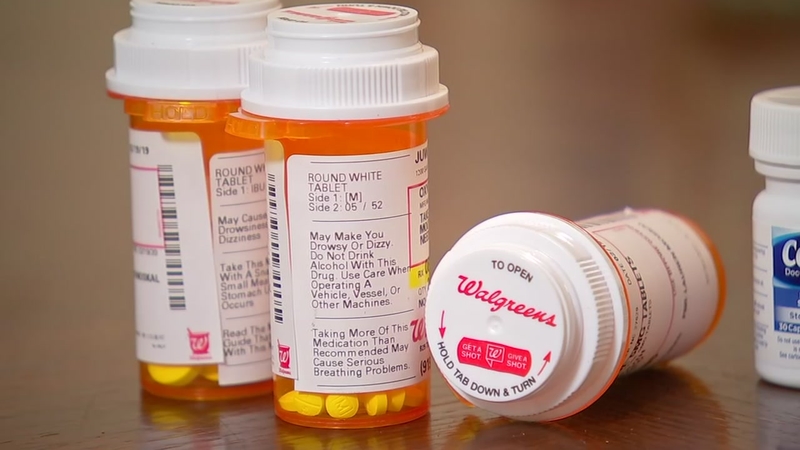 WAKE COUNTY, N.C. (WTVD) -- A Wake County mother says on the worst day of her life, she experienced the best acts of kindness.

Emoni Hardy, of Garner, experienced every parent's nightmare on Monday when she got the news that her only son had been shot.

The 19-year-old had gone to Raleigh after work to visit his big sister when he encountered an argument and the next thing he knew he had been shot in the shoulder.

But when she got to WakeMed she couldn't see him immediately.

"Finally they let me back and he was laying the bed with the thing on his neck but he was talking, he was moving, so I was kind of at ease a little but still was scared. Didn't know if he was going to be paralyzed or anything but thank God he's fine," she said.

Soon, her son was allowed to go home and nurse the shoulder wound.

On the way, Hardy stopped at an ATM and got $60 in cash to pay for her son's prescriptions.

After getting him settled she went to the Walgreens on Timber Drive near her home.

While she waited for the prescriptions to be filled she became emotional and the staff tried to console her. "They heard me crying, sitting there crying, and then they knew that my son had got shot," she said.

A few minutes later the prescriptions were ready.

"When I got ready to pay the money was gone. I don't know if I dropped it in the process of leaving out of here, going to the Walgreens. I don't know what happened," Hardy said, adding that she started crying again.

She called her brother to come to pay the bill but before he arrived the manager approached her.

"She said, 'It doesn't matter. Go take care of your son.' You know she was like, 'We have kids. I have a son and I understand. I feel your pain.'"

She said she started crying all over again. This time they were tears of gratefulness.

"I mean like a baby. Just so many different emotions you know, and God placed those people at that moment, at that time," Hardy said.

Hardy thinks the staff may have been especially sympathetic since two of their colleagues at another Garner Walgreens had been shot by an angry customer the week before.

Now she and her family said they can't wait to do something good for someone else. "Yeah, you've got to pay it forward. Got to."
Report a correction or typo
Related topics:
societywake countywalgreensshootinggood samaritan
Copyright © 2021 WTVD-TV. All Rights Reserved.
TOP STORIES
2 Bragg paratroopers found dead in barracks over the weekend
Tropical depression forms off NC coast
Girl, 15, killed by lightning strike at beach while swimming on vacation
Teen gets associate's degree, IT certificate before HS graduation
'DEFUND' to be removed from in front of Durham police headquarters
Biden reaffirms US 'sacred' commitment to NATO alliance
Another member of prominent South Carolina legal family dies
Show More
IRS says it's working 'as fast as possible' after tax refund delays
LATEST: Wake County holding vaccine boot camp
Win big prizes by simply shopping in downtown Raleigh
NC plantation cancels event depicting slave owners as fugitives
NC to vote on postponing Raleigh's 2021 municipal election
More TOP STORIES News