Houston fisherman reels in snake with teeth sunk into fish 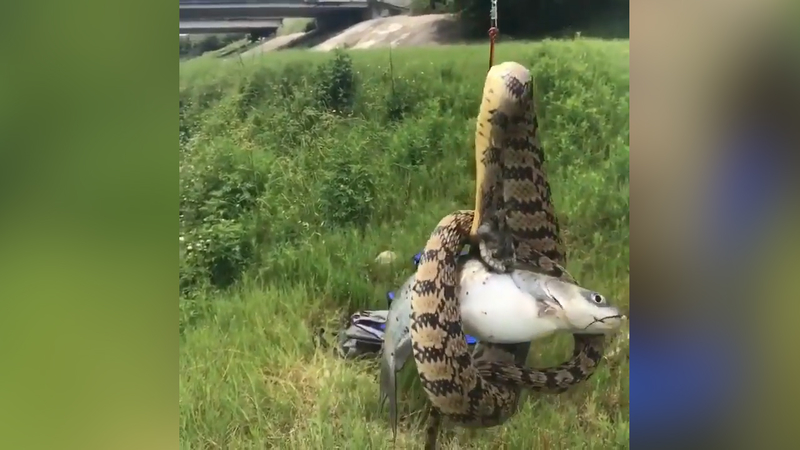 Fisherman reels in snake with teeth sunk into fish

HOUSTON, Texas -- A Houston fisherman got more than he bargained for when he reeled in a fish that had seemingly already been claimed by an overzealous snake.

Chase McCray made the bizarre catch while he was fishing in Langham Creek near Copperfield Place in northwestern Harris County earlier this month. He shared footage of the fish dangling off his line, the snake wrapped around it with its teeth in the fish's side.