'The wounds don't close': Triangle firefighters reflect on 9/11 response ahead of 20th anniversary 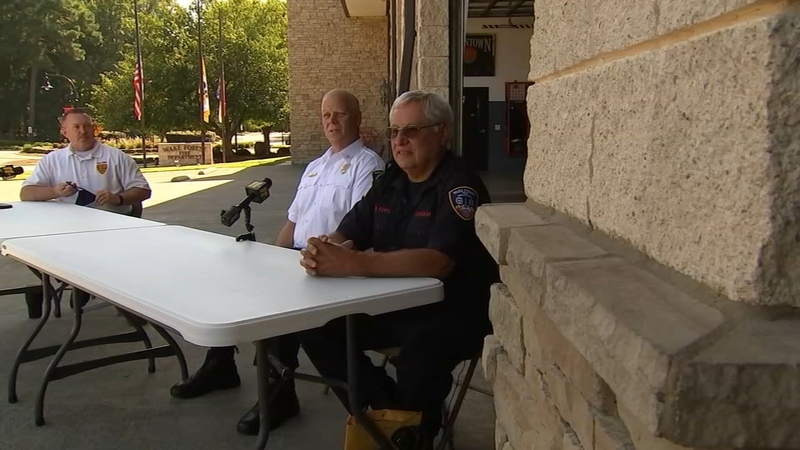 Firefighters reflect on 9/11 response ahead of 20th anniversary

Some survivors live in the Triangle, and they still wrestle with the heartbreaking images and memories 20 years later.

"After the second plane hit we realized we were under attack," said Wake Forest Fire Chief Bud Connelly. He was at Ground Zero as a volunteer firefighter for Commack Fire in New York.

"Responding from wherever we responded from, not knowing if the attack is over, and not knowing what we would face when we arrived on scene was a daunting task."

"One of my memories that I can still see and feel was when the second tower fell. The earth in New Jersey shook. It was like an earthquake. I don't think I'll ever forget that," said Vince Curci, a Lieutenant with Wake Forest Fire who was called to duty that day at Jersey City Fire Department.

"If I didn't do my job, I was failing my country and my fellow service members."

"If you worked in the DC area, which I did, you knew someone who worked at the Pentagon. Everyone did. And so there was just no processing time. As a firefighter, I'm glad we're used to that. We allow ourselves to mission first and put the rest to the side. It's the afterward that is troubling for the most of us," said Durham Fire Chief Bob Zoldos. He was Squad Leader for Squad 4 Virginia Taskforce One.

"We came over the hill and on the right was the Pentagon and I remember the bus going dead silent and that was just amazing," Zoldos said.

His group was the first rescue team on scene after American Airlines Flight 77 crashed into the Pentagon-killing all 64 people on board.

Inside the building, 125 people who were going about their daily lives were also killed.

"There was always that fear that this could be the end. This could be it," Connelly said.

"On that day, we were so busy in Jersey City, my firehouse was within a mile of Ground Zero. With people coming over the river I don't really think it hit me at that time. Not until I went home and saw the news--and saw the faces of the NY Firefighters entering the building," Curci said.

"The wounds don't close," Connelly said. "I lost friends there that day, and I will always remember them. There is always a light at the end of the tunnel. Regardless if it's an event as large as 9/11 or the run-of-the-mill car accident, house fire. There is always something positive we try to bring out of it. That's kind of how we deal with it."

Curci recalls reconnecting two children with their families after the chaos.

"(It was) 1:30-2 in the morning when I delivered them to their grandparents. The smiles and the hugs and the kisses made it worthwhile," Curci said.

In this interview, local firefighters who responded on 9/11 reflect on that day and how the fire service has changed since then.

ABC11 asked each firefighter how they will reflect on 9/11?

"It's always a trauma for me. The first one (anniversary). The 20th one. It just draws me back into it. Every year I say I'm not going to watch and every year I do," Curci said.

"I take a different view. I remember 9/12. I don't commemorate the attacks. I commemorate the response, and I've never been more proud as an American than those days," Zoldos said. "I don't talk about 9/11. Bad people did bad things to us. Great people stood up on 9/12 and 9/11 too."

Each firefighter said they lost several firefighters they knew personally on 9/11, and later through a related illness.

Next month, The Tunnels 2 Towers foundation in Wake Forest will hold a charity 5K walk and run.