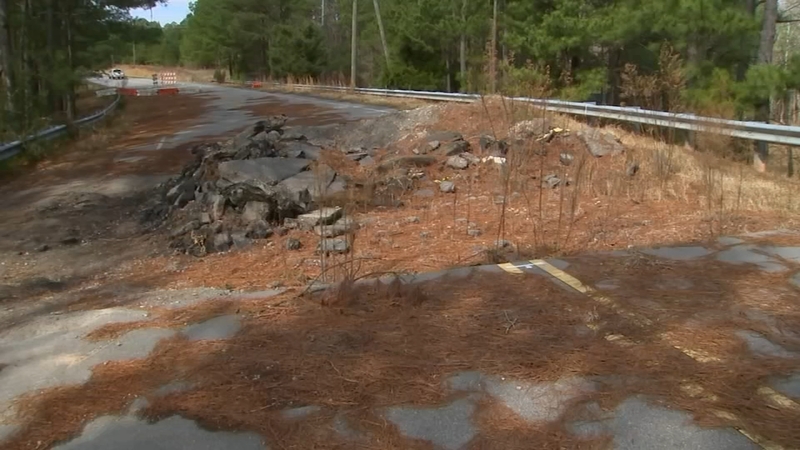 MORRISVILLE, N.C. (WTVD) -- A massive sinkhole has closed a portion of a Wake County Road for three years and businesses around the sinkhole are frustrated that the road is still closed.

"We called the DOT several times over the last three years since this closure was in March of 2019, and we have gotten the word that it was going to reopen at some point, but up to this point there's been no movement or no construction start," said Milton Guerry of Schunk, a company in Morrisville impacted by the road closure.

The sinkhole closed Nelson Road in Morrisville near the RDU airport, and Guerry says the road closure has caused several issues.

"First and foremost, safety. You know, coming in anybody responding from either the East or the South has to go an alternative route that can cause 10 minutes extra. The second is our employees and the employees twenty other businesses on this street are having to take alternative routes to put their commute ten minutes longer," Guerry explained. " A longer commute means more money for the gas each day for those employees impacted by the detour for the last three years."

Last spring a representative with the NC DOT told Troubleshooter Diane Wilson that they were waiting on some right-of-way to be acquired and some utilities to be relocated and tentatively work was scheduled to begin on the project in September of 2021.

It is now Spring of 2022, and the road is still closed, and no work has visibly started to fix the sinkhole.

A NC DOT representative said that delays have been caused by Right of Way acquisition and utility relocations and that work is now expected to start on or after April 25, and repairs should be complete by this summer.