Voters question absentee ballot applications showing up in their mailboxes 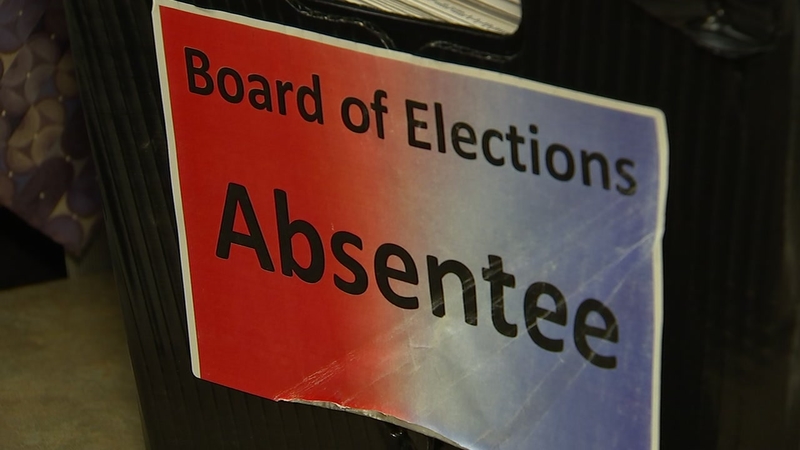 Someone wants you to vote in this year's mid-term election -- and they're making it very easy to do so.

The Center for Voter Information, a Washington, D.C.-based non-profit organization that claims to be non-partisan, told ABC11 that it mailed 202,000 official absentee Vote by Mail request forms to North Carolina residents.

Shortly thereafter, Gary Sims, director of the Wake County Board of Elections said he started getting phone calls from concerned voters wondering whether it was a scam.

"Basically asking if this was legitimate," Sims said of the voters. "They got an absentee request in the mail and it already had their name (printed) on it."

The mailers included a standard, state-approved absentee ballot request form, populated with the voter's name and address. A postage-paid envelope addressed to the voter's local board of elections was included.

The Center for Voter Information released the following statement to ABC11:

"The Center for Voter Information is a non-profit and non-partisan organization dedicated to increasing participation in our democracy. We recently mailed 202,000 official absentee ballot applications to North Carolina residents, to make it fast and easy for them to request to vote by mail. Voting is our most essential American right, and yet 40 million Americans who voted in 2016 likely won't cast a ballot in the 2018 midterms-including 1,135,323 African Americans, Latinos, young people and unmarried women in North Carolina. We hope our Vote by Mail applications will encourage more people to vote in the crucial midterm elections in November."

Sims has seen it all before.

"Non-partisan, I've never met so many non-partisan groups out there in my entire life," said Sims. "But if somebody's just trying to encourage people to register to vote or engage in the election process, I can never have a fault with anybody doing that."

Sims said people have already been filling out the request forms and mailing them back in, flooding his office.

Even without the mailers, elections officials were already anticipating a high-turnout midterm, he said.

In the 2014 midterm, about 10,000 Wake County voters cast absentee ballots. So far this year, 3,800 absentee ballots have already been sent to voters who've requested them. Sims said if you ever have a question or concern about voting information, don't hesitate to call your local board of elections.
Report a correction or typo
Related topics:
politicsncwake countyvotingelection 2018
Copyright © 2021 WTVD-TV. All Rights Reserved.
More Videos
From CNN Newsource affiliates
TOP STORIES