'I still watch my back': Black Triangle runners on guilty verdicts in Arbery murder 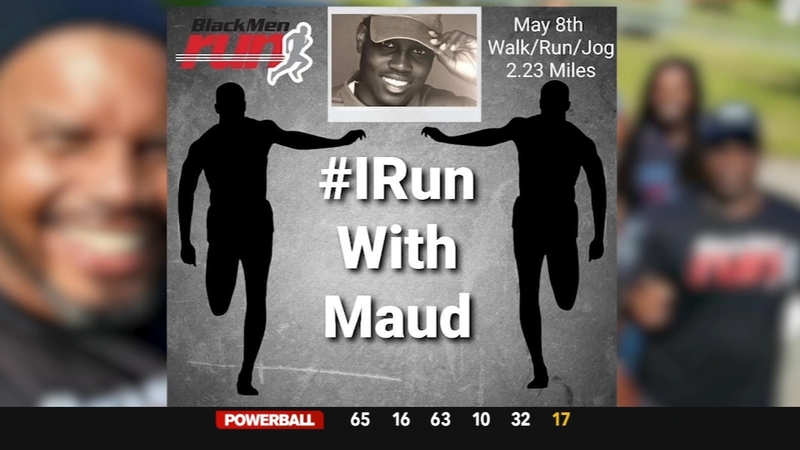 RALEIGH, N.C. (WTVD) -- For many Black runners, they saw themselves in Ahmaud Arbery -- running for health; running for wellness; many times running through predominantly White neighborhoods unsure about who may see you as a threat. As the verdicts came down Wednesday, members of Black Men Run were also unsure whether the killers would be found guilty.

On any given day, you might find Kyle Abramson or Matthew Thompson running on a Triangle greenway or through your neighborhood. Arbery's murder and the trial of the three White men who killed him hit especially close for these members of Black Men Run RDC, the Triangle running group that in the weeks after the shooting, helped push for criminal charges with the hashtag, "I Run with Maud."

"It was definitely something that we didn't want to see brushed under the under the rug," said Thompson. "That could have been any one of us out there."

Jurors in Brunswick, Georgia, sided with the prosecution in deciding that Gregory McMichael, his son, Travis McMichael, and William Roddy Bryan Jr. were not acting in self-defense. Prosecutors argued the men were the the aggressors -- going after Arbery because he was Black; assuming the unarmed jogger was stealing from a home construction site. Police said there was no evidence Arbery had stolen anything.

"It really hit to the point where, for a long time, I stopped running in residential areas," Thompson said. "I only went to designated trails, like the Tobacco Trail, or the Neuse River Trail where people would know, or at least I hope they would know that I'm a runner."

Abramson, the group's chapter captain, had a different reaction to the murder. He started seeking out new running routes.

Black Triangle runners react to today’s guilty verdicts in the murder of Ahmaud Arbery.
• • •
“I’m very happy for the family. I hope it brings some type of peace. But as far as I go, I’m still on the watch. I still watch my back.”
•AT 11• #abc11 pic.twitter.com/bedLK7vqdE

"It infuriated me," Abramson said. "I view running as freedom. I'm not going to allow anybody to take my freedoms away from me, especially if I'm not doing wrong."

When the nearly all-White jury returned with guilty verdicts for all three men, Abramson said, "I didn't expect it. But I'm glad it happened. Does it make me feel safer? No, it does not. Because it still can happen."

Thompson added, "At the end of the day, (Arbery's) still gone. He should be here at 25 years old. This is something that shouldn't have happened in America."

Abramson and Thompson said they will continue to run with an open invitation to any new members who may not feel safe running alone.

"I'm very happy for (Arbery's) family. And I hope it brings some type of peace," Abramson said. "But as far as I go, I'm still on the watch. I still watch my back."