Rare glimpse into Antarctica's colorful world beneath the ice 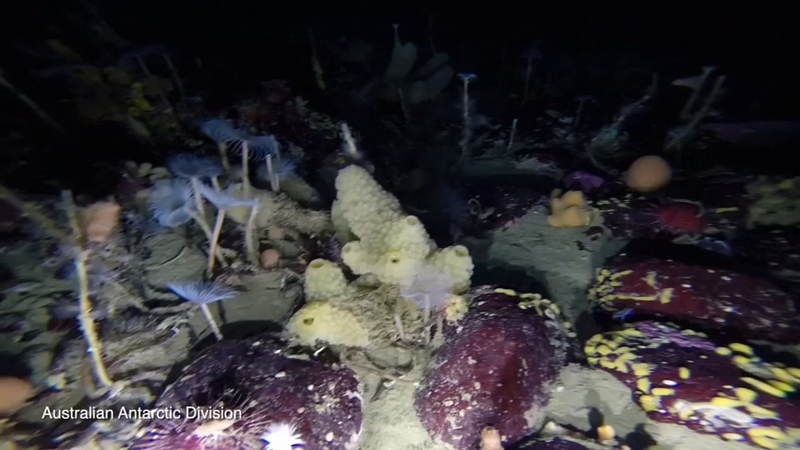 Antarctica is secretly colorful underneath the ice

There's an unseen world underneath the ice in Antarctica, and footage captured by researchers reveals it's home to a great deal of marine life.

This video was recorded under the sea at O'Brien Bay, near Casey research station in East Antarctica, by the Australian Antarctic Division. Researchers had cut open a deep hole into the ice to drop an underwater probe into the sea below. The probe's mission was to retrieve a data logger, which had been recording the acidity, oxygen, salinity and temperature of the seawater on an hourly basis since November last year.

Shortly after inserting the probe, a curious seal swam up from underneath the hole and greeted the scientists.

The probe's footage soon revealed a thriving ecosystem living under the ice, full of starfish, sponges, algae and worms.