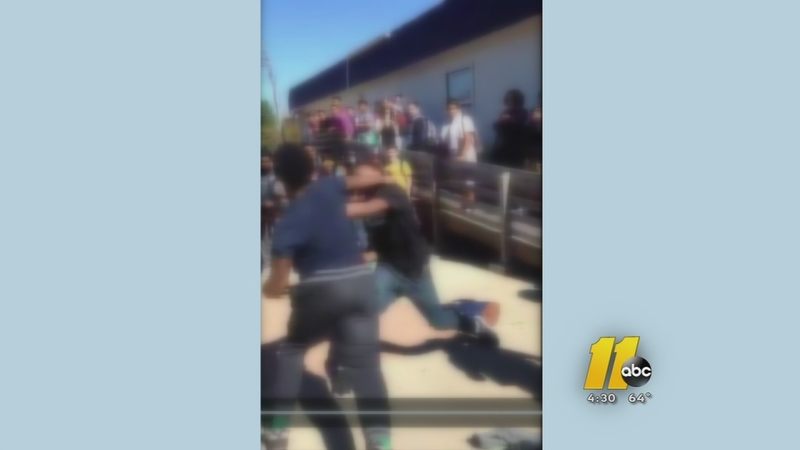 APEX, N.C. (WTVD) -- Video showing a male student knocking out another on Apex High School's campus is taking off on Twitter, less than 24 hours after the fight happened.

No word on how badly the student was injured or if the other student is facing disciplinary action.

On Friday, Apex High School Principal Dr. Diann Kearney told Eyewitness News she was aware of the fight, but wouldn't comment further about the students involved, what led up to the fight, or whether teachers were aware of it when it happened.

Wake County Public School System would not comment specifically on this altercation, but released the following statement to Eyewitness News:

Keeping our schools safe is a shared responsibility among parents, students and school staff. We expect all students to comply with our Code of Student Conduct. Students who become angry or upset with anyone are encouraged to resolve conflicts peacefully. Teachers, counselors and other school personnel can help students find civil ways to handle disagreements. As a district, we are committed to ensuring that student discipline is handled in a fair and equitable manner. We seek to provide interventions and supports to limit the amount of class instructional time lost due to student discipline.

The Twitter account "30SECfights" tweeted the video Thursday night with the caption, "Dropped in front of the whole school." By Friday afternoon, it had been retweeted nearly 3,500 times.