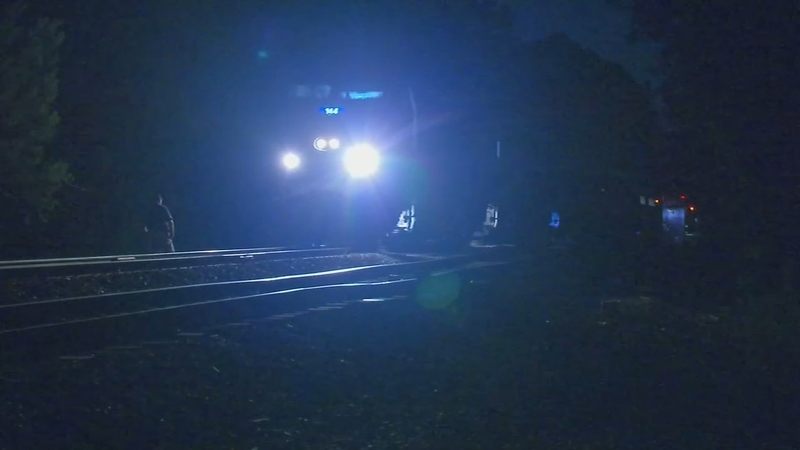 APEX, N.C. (WTVD) -- Apex police have identified the 18-year-old woman who was hit and killed by a train in Apex on Tuesday night.

Police identified her as Ava Sory, of Garner.

According to Wake County EMS, the woman and a 17-year-old boy were apparently walking on the tracks when she was hit.

The conductor of the train called 911 to report the crash.

"This is highly unusual," Apex Police Deputy Chief Mitchell McKinney said. "Normally when you have individuals that are crossing a train track, they will do it in an area where it's a little more conducive to that, such as, for example, like at North Salem Street where the train track runs across Hunter Street we have individuals that would naturally walk across to get to the park or what have you. The area where this occurred is a very rural area."

The boy was not injured.

It happened about 10:15 p.m. behind the Bell Apex apartment complex.

"I am so saddened that it had taken place in my neighborhood," Marc Bax, an Apex resident told ABC11. "Apparently, there are guides and rules that you're not allowed to walk on the tracks."

Bax added that he had grandchildren and the deadly incident is a reminder that he needed to tell them how unsafe it is to walk along tracks.

The train was the Amtrak Silver Star that travels daily between New York City and Miami. It was delayed by about five hours.

Amtrak said there were no reported injuries to passengers or crew members.

Apex police are investigating. Amtrak told ABC11 that it was cooperating with the investigation.

"There is no indication right now, that there, there's anything indicating that foul play occurred, or this was malicious at all," McKinney said. "At this time, we're still reviewing it."