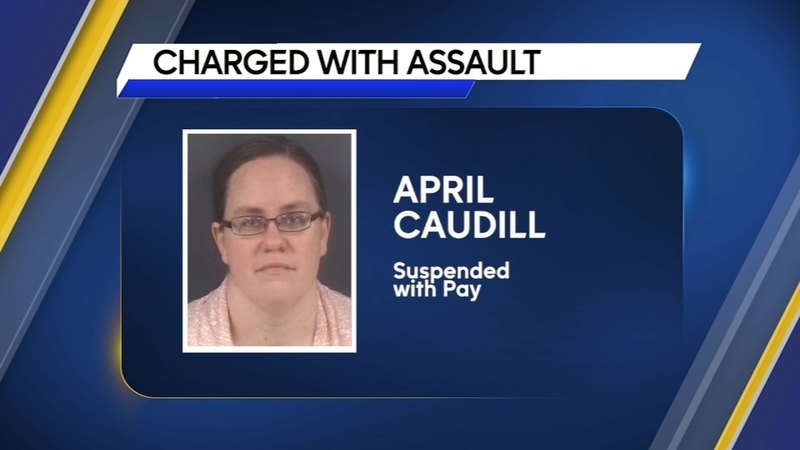 Caudill's charges were previously dismissed after the victim and witness did not show up to court.

With the charges dismissed, Caudill returned to the classroom.

District Attorney Billy West said his team was ready to argue the case back in April, but a miscommunication between the court, witness and victims ultimately lead to the court denying his motion to continue, resulting in charges dropped.

"I'm not going to point the finger but fortunately there is a process to let the victim and their family have their day in court," he said.

Friday morning, West told ABC11 he would be retrying the case and that Caudill would be due back in court in September.

Cumberland County Schools said in a statement on Friday that Caudill was "suspended with pay, pending further investigation" following a consultation with the District Attorney.

"We will continue to cooperate with law enforcement as they investigate," the statement said. "Cumberland County Schools is always prepared to take appropriate personnel action based on the outcomes of criminal investigations and court proceedings."

The school district said that as a part of regular procedures, they conduct extensive background checks on all employees.