State Capitol police work to find out why a masked man was at the Capitol building armed with a gun and spray paint.

"It's just very unusual. I mean for a person in July, on a hot summer night to be walking with heaving clothes, gloves, and a mask on," he said.

Moss had a concealed .38 caliber handgun which he was not permitted to carry, according to police.

While no property was damaged, Allen said police have been on high alert after a number of monuments have been vandalized recently.

"July 21 we had a report of some vandalism done on one of the monuments on the Capitol grounds so we're going to follow up to see if that might be connected in any way," Allen said.

The "North Carolina Women of the Confederacy" memorial is still wrapped in crime scene tape and a blue tarp covers "Black Lives Matter," which was sprayed on the stone.

Moss was charged with carrying a concealed weapon, possession of a weapon on State Capitol grounds, and wearing a mask on public property.

Moss was arrested and placed in the Wake County Detention Center. He was released on a $1,000 bond and is due in court next month. 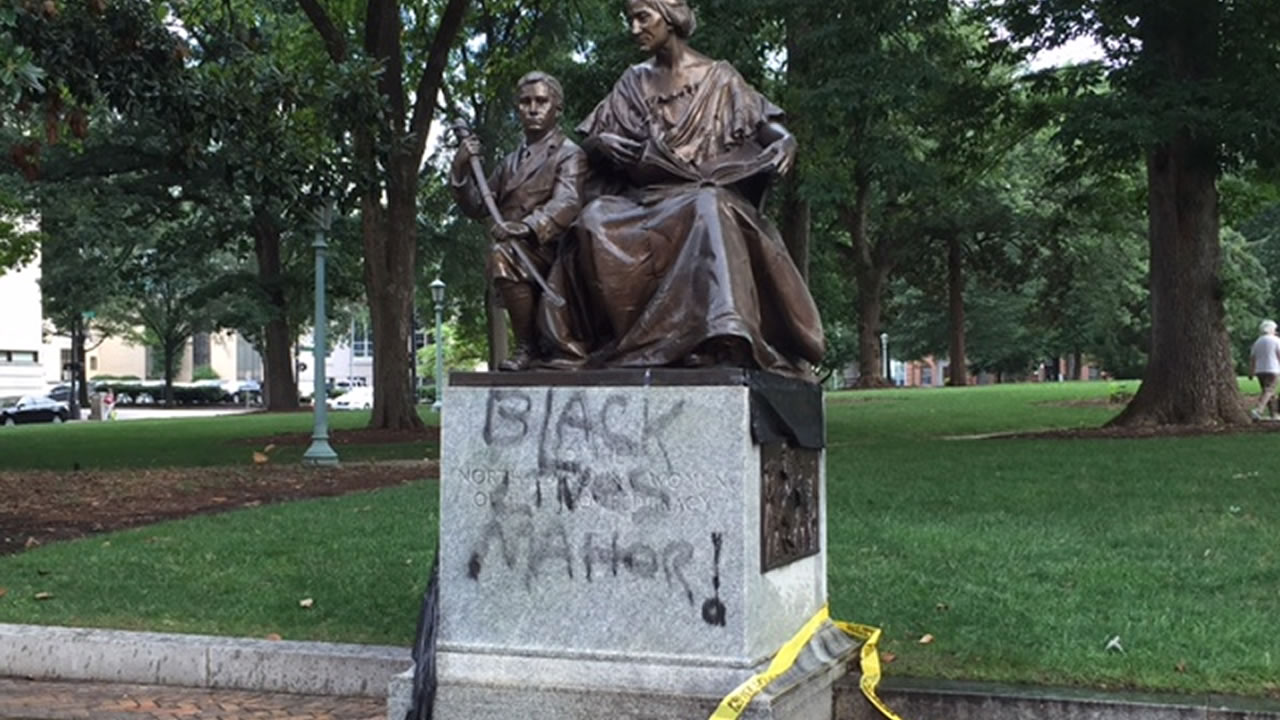