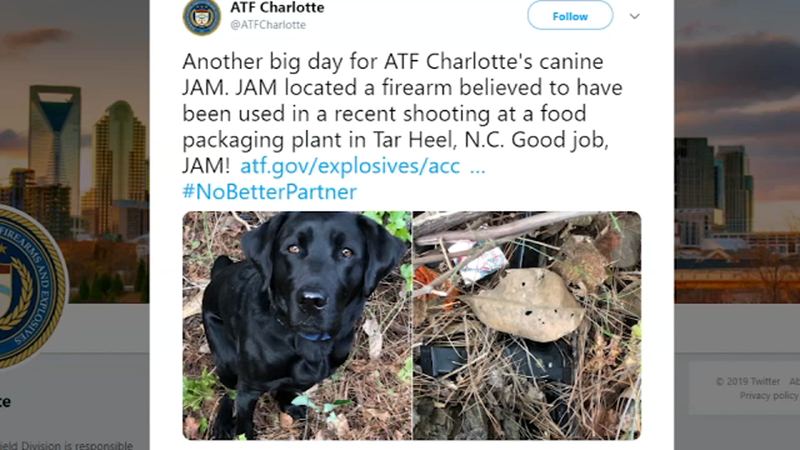 TAR HEEL, N.C. (WTVD) -- An ATF K-9 played a big role in the aftermath of Thursday's shooting at a hog processing plant in Bladen County.

ATF Charlotte tweeted Friday saying JAM the dog found the pistol believed to have been used in the shooting.

Another big day for ATF Charlotte's canine JAM. JAM located a firearm believed to have been used in a recent shooting at a food packaging plant in Tar Heel, N.C. Good job, JAM! https://t.co/emtt3cVhXG #NoBetterPartner pic.twitter.com/x1ZlPw10VZ

Jam found the gun underneath some leaves in the woods.

Two Smithfield Foods employees were injured in the shooting; one of which was a female who was described as being in the wrong place at the wrong time.

The suspect, Jaquante Williams, 20, was found in the woods just outside the hog processing plant. Williams is now facing two counts of attempted first-degree murder.