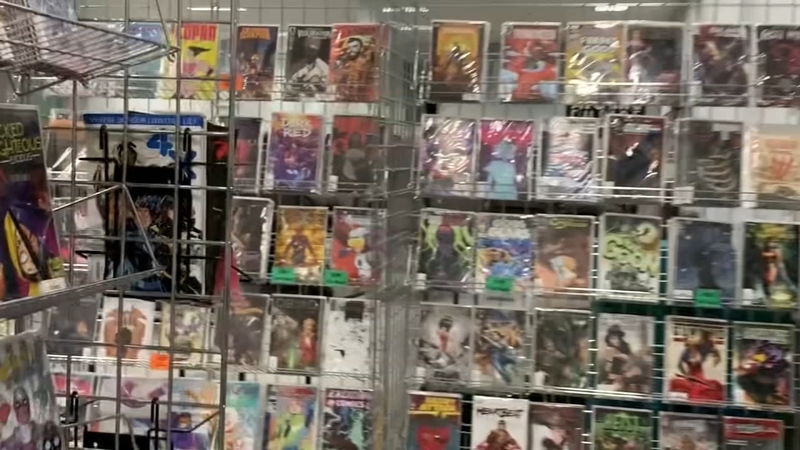 While many businesses have been able to reopen during Phase 2, that hasn't necessarily translated to customers rushing in.

Due to a combination of social distancing guidelines, consumer spending habits and safety fears stemming from the pandemic, some stores have opted to shift more of their attention to e-commerce and digital sales.

"The core of our business is our in-store customer base, which includes folks who come out every week to get comic books and also folks who come out to play games on a regular basis," said Jennifer Bedell, who owns Atomic Empire in Durham.

The store also hosts weekend events which can draw 200 people. However, capacity limits make those impossible, as Bedell has even implemented stricter measures to make sure everybody in the store can safely social distance.

"The hard part that we didn't expect is that we miss everybody," Bedell said, adding they have capped the customer limit to ten adults plus their children.

The store has also ended their alcohol and snack sales.

While they can't replicate the camaraderie from those events, Bedell has explored new ways to try and connect with customers.

"We've tried to create online venues where people can get together. We have a Facebook group and a Discord server, and we've started to dip our toes into holding online events," said Bedell.

She estimates sales are down 25 to 30 percent since the pandemic began, but credits customer loyalty in helping boost their e-commerce and online comic book subscriptions.

"Those things have definitely helped prop up the sort of lagging in-store business where we haven't had the events," Bedell said.

Over in Apex, Amber Brennan closed her boutique business Rose and Lee Co. for eight weeks. During the closure, she shifted her staff's attention to enhancing their online presence.

"We were online. We did have a social media presence, but not to the extent that we do today. And I don't think we would have invested in some of those long-term projects that we did like a customer loyalty program or referral bonuses at this juncture if not having to shut down and pivot and think creatively," Brennan said.

Brennan was able to retain her entire staff through the closure.

Compared to pre-pandemic levels, Brennan said online sales are up nearly 60 percent and in-store sales have steadily increased since she reopened in May.