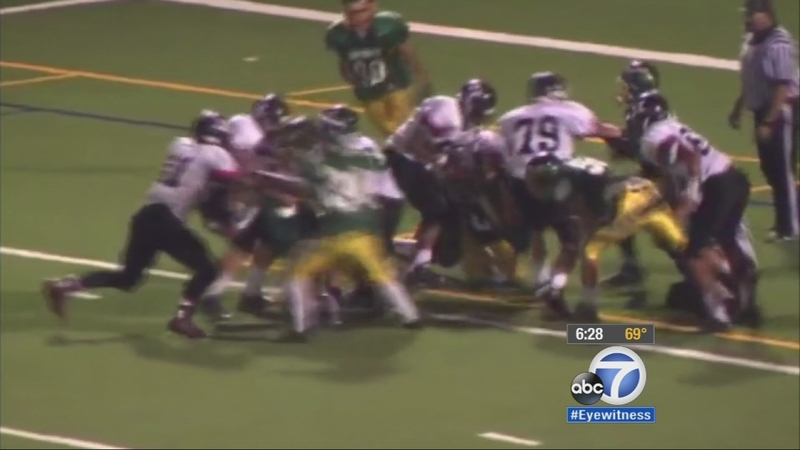 SANTA CLARITA, Calif. -- The Hart High School freshman football team is 5-1 so far this season. They're coming off a big win, thanks in part to No. 68 Ty Heid.

Heid has autism, but that doesn't block his ability to make plays as a lineman or get the ball over the goal line. It was last Thursday night when Hart High School was beating Canyon High School 50-6.

Coach Jack McKeown put Heid in to run the ball, so he could score his first touchdown.

"On the fourth down, I make it over the line. I was on the ground, holding the ball and I thought to myself, 'I don't think I made it,'" Heid said. "Someone, I forget who, kind of comes up over my face mask and he's all excited, 'You made a touchdown,' I'm like, 'I did?'

C.J. McMullen helped get Heid into the end zone.

"And so he got it and I just pushed as hard as I could to get him in and it was great. I've never been so excited playing a game of football," McMullen said.

Heid says at the beginning of the season, he didn't think he'd get the chance to score. But part of the coaching philosophy of this team is to make memories for the players.

"It's about developing the players that we have and having them play to the best of their abilities, and it's also about building a team, OK, so when Ty scored it was kind of a culmination of those efforts," McKeown said.

Heid says he wants all of his teammates to know the feeling of putting points on the board. It has boosted his confidence, but he won't take all the credit for the final touchdown of Hart's victory over Canyon.