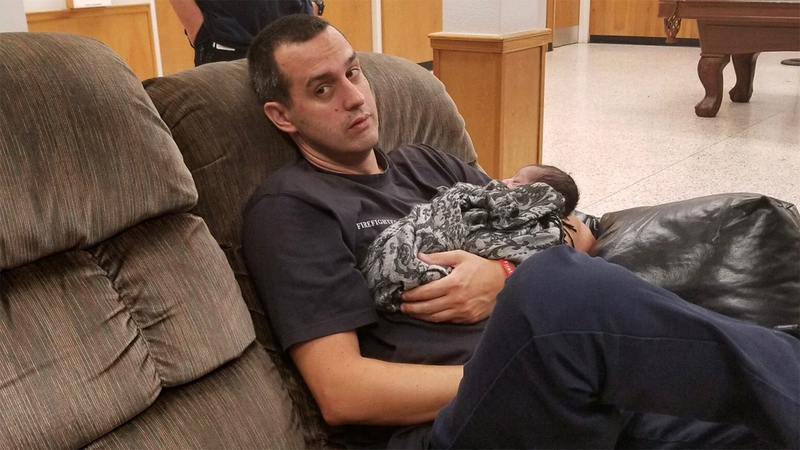 Baby dropped off at fire station

HOUSTON, Texas -- Firefighters said someone dropped off a baby boy who is only hours old at a northeast Houston fire station early Wednesday morning.

Fire officials told ABC11's sister station KTRK the baby was initially dropped off at a nearby church.

According to HFD District Chief Steve Dunbar, HFD Station 63 got a knock on the door around 4:40 a.m.

When firefighters answered, they found a man had the baby in his arms.

He told crews he was from the church and then handed them the boy, who appears to be full term.

The umbilical cord was still attached to the baby. He was transported to Northeast Memorial Hermann Hospital.

The man who dropped him off did not leave an ID or his name.

Houston police are now trying to find the baby's parents.

Around 4:48 am this morning a baby boy was dropped off at one of our fire stations. Firefighters from Station 63 say the baby was a newborn and was brought in by a male from a nearby church. HPD took custody of the baby. He was taken to Northeast Memorial for evaluation.

Due to the child's age, the drop off appears to fall under the Baby Moses law, also known as the Safe Haven law.

It only applies to babies 60 days old or younger who are unharmed and safe.

The law allows parents to take their baby to any hospital, fire station, or EMS station in Texas.