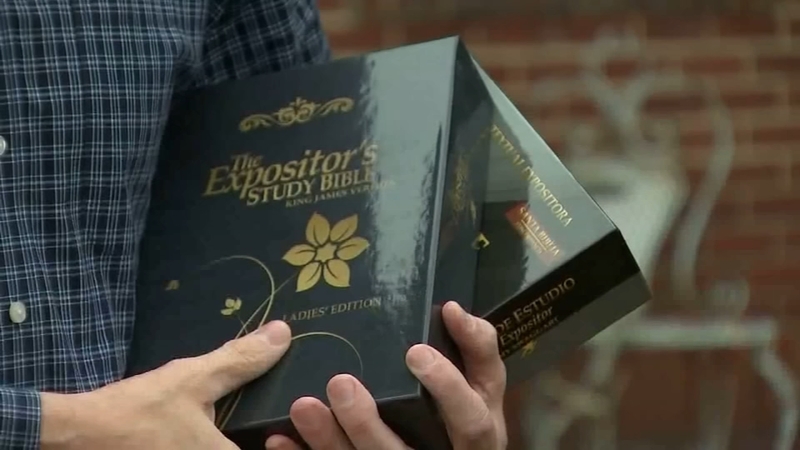 GASTONIA, N.C. (WTVD) -- A porch pirate stole dozens of copies of the Bible meant for prison inmates from a pastor's home.

Jeff Williams and his wife run a nonprofit group called Inspiration for Inmates. They send study bibles to inmates by request across the country. A recent delivery of Bibles to his home only had one case. There should have been three cases.

"That's one of the things that's so sad: that we lost these two cases, because they were already tagged for inmates," Williams told WSOC.

The family's organization started after their daughter became addicted to methamphetamines and was sentenced to prison. Williams said they sent her a study bible for guidance and other inmates requested them.

Williams says the thief took 24 Bibles worth more than $1,000. He says he just wants the thief to return the Bibles.

"We're kind of curious as to what the folks thought when they opened the Bibles, and I would say this: If its something that you've taken and you're not interested in, just bring them back. Drop them off in the driveway because we need to get them out to folks who want them," he said.
Report a correction or typo
Related topics:
nccrimetheftporch piratepackage theft
Copyright © 2021 WTVD-TV. All Rights Reserved.
More Videos
From CNN Newsource affiliates
TOP STORIES