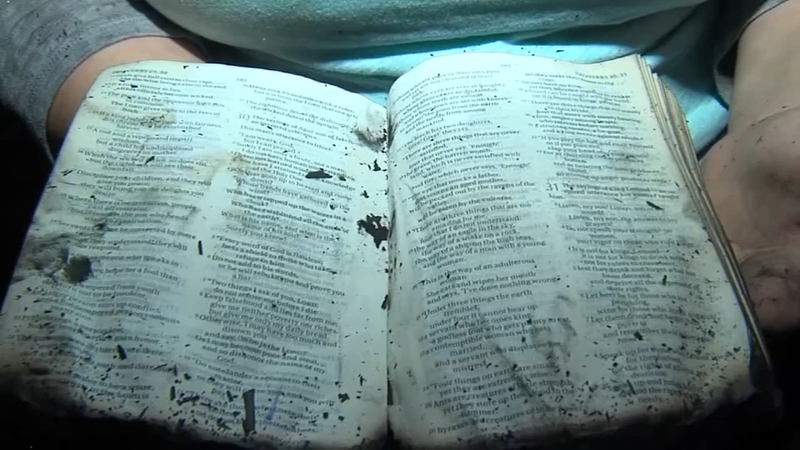 ST. CLAIR COUNTY, Ala. -- A family said two Bibles and a few family memories survived a devastating house fire the day after Christmas.

Sherri Rosa said she and her family are grateful to be alive after the fire.

"I speak what I think. I don't sugar coat anything. I have very little filter, but I have a big heart and I believe in God," Rosa said. "God was definitely here that day."

Her daughter, Ashlee Rosa, said her 13-year-old brother heard a knock on the door that day. When he went to investigate, he noticed the house was on fire and the family was able to escape.

According to ABC-affiliate WBMA, no one was injured.

The family dug through the rubble for days, looking for baby photos and Sherri's father's ashes. She said he passed away earlier this year.

Ashlee Rosa said fortunately, the box containing the ashes had melted around them and a few mementos from his death. Two Bibles--a large one and a small one--were also in the box.

Since the fire, the smaller Bible has been opening to a page in the Book of Proverbs.

"This right here, where it says, 'I am weary God,' and I have been since the passing of my dad," Sherri Rosa said. "It's just God's way of letting me know that I'll be alright."

The verse ends with, "but I can prevail."