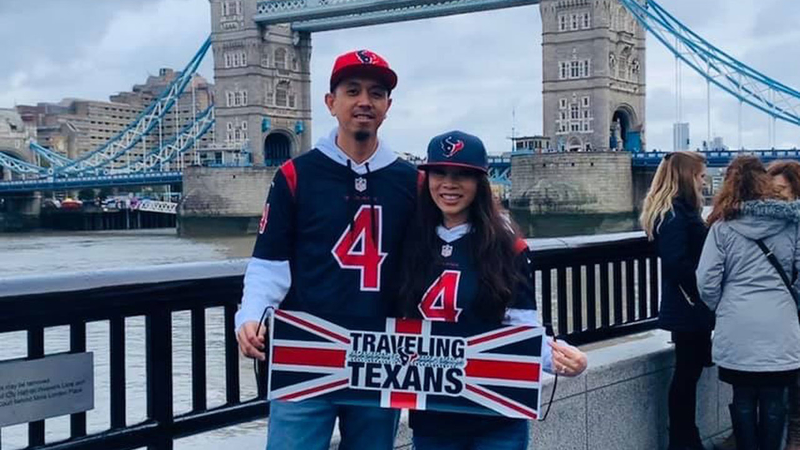 HOUSTON, Texas -- A Houston couple took a 15-mile bike ride down a path to their future.

Jon Blaze and Thao Nguyen met each other on Valentine's Day in 2016.

Blaze said that he has been thinking about proposing to Nguyen for more than a year, but he wanted to make sure it was unique and special. He decided on an idea that involved something they both love doing - cycling. They even have an Instagram account called Cycling Couple that documents their love for the hobby.

"We ride together at least twice a week. We also lead multiple social rides in Houston," Blaze told ABC13.

Blaze said when he was planning a route for one of the social rides, he mapped out a few throughout Houston that could help him spell out the words "marry me."

He asked Nguyen to go on a ride on March 20 to go through with his proposal plan. They started at Buffalo Bayou Park.

An hour and a half and 15.7 miles later, the couple ended up back at Buffalo Bayou Park where Blaze got down on one knee.

"I went from being so annoyed by all the crazy turns we did to being completely shocked and with the biggest smile on my face," Nguyen said.

A Houston couple took a 15-mile bike ride down a path to their future.

Blaze recently shared the sweet moment on Reddit with the photo of the path spelling out "marry me."

It received a lot of feedback with some saying that if she "played along with that bonkers route, she's a keeper for sure."