Judge decides whether to exclude deposition from Cosby trial 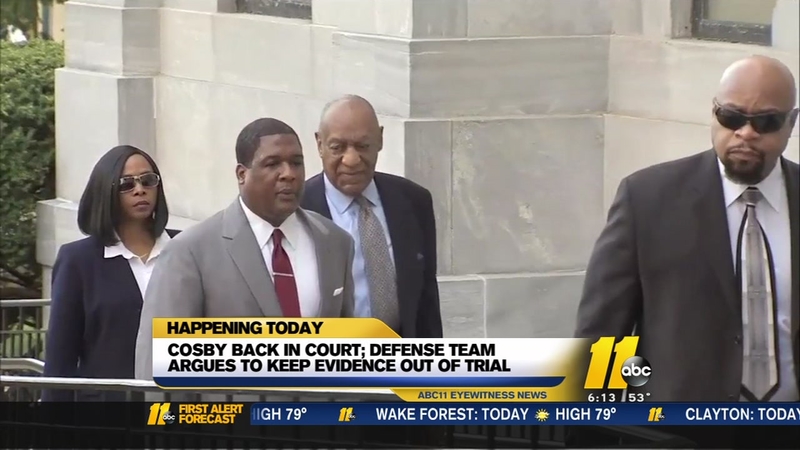 Bill Cosby back in court Wednesday

NORRISTOWN, Pa. -- Bill Cosby is returning to court Wednesday to hear if a judge will allow his damaging decade-old testimony from an accuser's lawsuit to be used at his June criminal trial.

The 79-year-old Cosby is fighting felony charges over the 2004 sexual encounter with a Temple University employee.

His lawyers are trying to keep out the testimony he gave in the woman's sexual battery and defamation lawsuit.

Prosecutors reopened the criminal case last year after the deposition was unsealed and more women came forward accusing Cosby of molesting them.

Cosby says he was told the deposition would never be used against him in any criminal proceeding. But a suburban Philadelphia judge questions why he would testify without having an immunity agreement in writing.