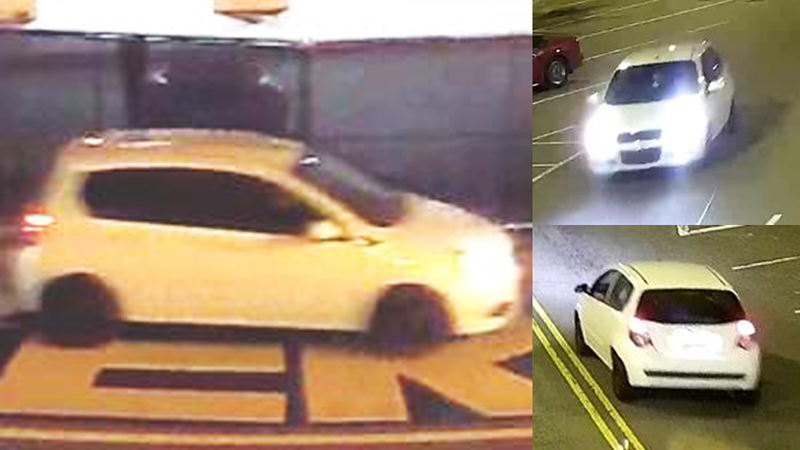 White paint was strewn across the exhibit that surrounds the historical landmark on Monday morning.

Authorities tracked down surveillance video and identified the suspect vehicle as what appeared to be a white Chevrolet Aveo with a handicapped placard on the rear-view mirror.

The vehicle appeared to have a mechanism installed underneath it to disperse the paint as it drove slowly over the mural.

"The answer is in what the young generation are doing, they're saying, 'No more,'" Joe McGee told ABC11.

Last month, demonstrators painted "End Racism Now" and "Black Lives Do Matter" around the no-drive zone of the building, which was a place where enslaved people were once sold.

"It's extremely unfortunate that the mural we painted around the Market House was vandalized. Those responsible have gone through great lengths to deface something we created to help unify the city," City Manager Douglas J. Hewett said. "These criminal actions are not indicative of who we are as a city. It's clear there are still those out there who don't believe in racial equality."

A spokesperson for the City of Fayetteville said Monday that officials are working with the Cool Spring Downtown District to determine next steps to restore the street painting. The artists "have already stepped up to indicate their willingness to assist with the repairs, if needed." the spokesperson said.

Mayor Mitch Colvin says the incident is unfortunate but won't divide the community.

"You have agitators who want to keep the conflict going. And I know the people in this community are better than that, we're smarter than that," Colvin said.

Chillek Hurst, a Fayetteville resident and local activist, was present during the creation of the city-approved street art. He told ABC11 he's not shocked it happened.

"It's a hate crime, so the same energy about reward for the looters that went in, took a pair of pants and some shoes...this is an atrocity committed against us," Hurst said.

The building has been a contentious topic in town since the tragic death of George Floyd ignited a movement for change in race relations and police conduct across the country.

Since Floyd's death, the building has had its windows broken and a fire set inside its walls.

Rapper and Fayetteville native J. Cole was among the attendees of a George Floyd protest in May. Fayetteville Mayor Mitch Colvin also attended.

The Police Department is investigating the vandalism. Anyone with information regarding this vandalism is asked to call Crimestoppers at (910) 483-TIPS (8477).