'Murdered right before my eyes:' George Floyd's Raleigh uncle speaks out on need for change Roger Floyd, a Raleigh resident and the uncle of George Floyd speaks out about the disturbing video and the call for systemic change.

RALEIGH, N.C. (WTVD) -- Roger Floyd, George Floyd's uncle who lives in Raleigh, said he's still processing the way his nephew died. The video is too much to take in.

"I couldn't get through it, initially," Roger Floyd said. "I had to take a pause because I was in total disbelief that this was going on right in front of my eyes."

"He's being murdered right before my eyes," he added.

George Floyd's family is planning a memorial for him in his native North Carolina on Saturday.

"He has a family cluster here and we want to pay homage to that, the roots in North Carolina," said Roger Floyd, who added that their family has lived in North Carolina for generations. George Floyd moved to Texas then Minnesota, where he died during an incident with Minneapolis Police captured on video that outraged the nation.

Roger Floyd called his nephew, who was born in Fayetteville, a gentle giant. He said this is what George would say to those infiltrating protests and turning violent, by rioting and looting: 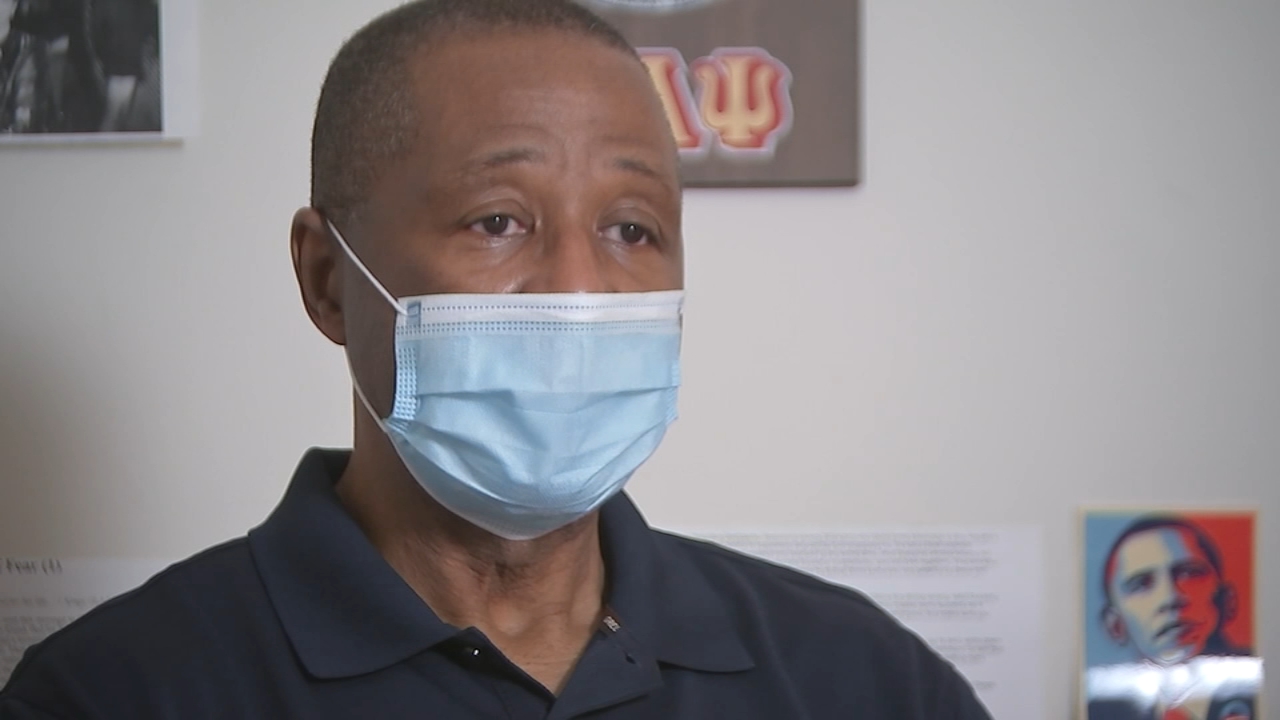 Roger Floyd said his nephew was a gentle giant and would be calling for an end to violence and looting.

While Roger Floyd condemns the violence, he said he does support a peaceful movement.

"We cannot give up now," he said. "We have the momentum. Let's take advantage of this momentum and bring about real change."

"It's an egregious crime," he said. "It's a total disregard for life and this has to change. This officer and officers, hey can't get away with this behind a legal loophole as we've seen in the past, over and over again. When is it going to stop? I'm going to advocate this as long as I have a breath in my body."

WARNING; GRAPHIC VIDEO: Bridgett Floyd called the death of her brother George "devasting" and "heartbreaking" in an interview with "Good Morning America."

Roger Floyd said his family is grateful for the outpouring of support from the community. He has this message for those planning on going to the public viewing in Raeford on Saturday:

"We're so appreciative of that," Floyd said. "That's for sure and that we hope that it will continue to be very respectful and don't take meaning from what it's all about and that is respect for George."
Report a correction or typo
Related topics:
protestfamilygeorge floydpolice brutality
Copyright © 2021 WTVD-TV. All Rights Reserved.
TOP STORIES
In Raleigh, Biden encourages vaccinations, warns about Delta variant
At least 3 dead, up to 99 missing in Florida building collapse
Older North Carolinians encourage everyone to get COVID-19 vaccine
'Scary five seconds': Moore Co. resident recounts bobcat attack
Security camera video shows moment of Surfside building collapse
Why LGBTQ+ terminology matters: ABC11 hosts a virtual discussion
Chapel Hill bar The Library closing just as owner hoped to reopen
Show More
UNC Black Student Movement to protest over tenure controversy
Pet Alert: As dogs roam the yards, snakes may be lurking
What to expect in Derek Chauvin sentencing
Durham man charged in Chapel Hill road rage shooting that injured man
Nonprofit rolls out mobile vaccination units to serve communities
More TOP STORIES News