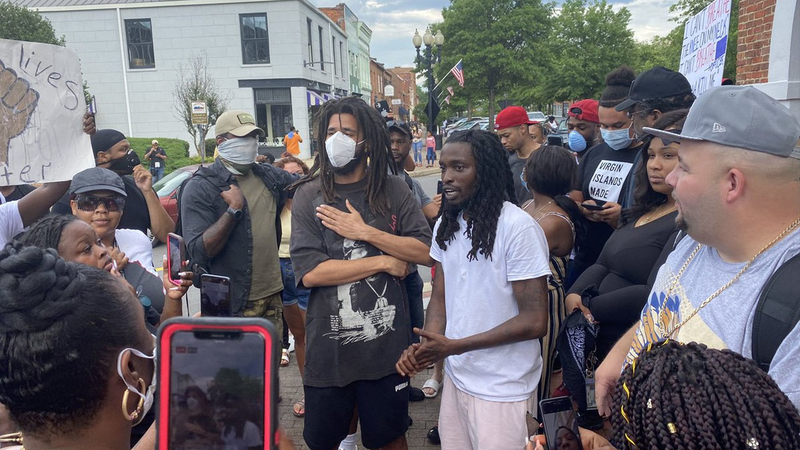 Demonstators gather in Fayetteville to protest death of George Floyd

FAYETTEVILLE, N.C. (WTVD) -- Music artist J. Cole was among the attendees of a George Floyd protest in Fayetteville, his hometown, on Saturday.

The protest in Fayetteville started around 3 p.m. at the Walmart on Skibo Road.

Rakeem Jones organized the protest. Back in 2016, Jones was in the headlines after he was punched in the face at a Trump rally.

George Floyd's sister, who is from Raeford, North Carolina, spoke to Michael Strahan of Good Morning America on Wednesday.

"We were told that a police officer had his knee kneeled into our brother's neck while he was handcuffed to the ground," she said, and added she had not seen video of the encounter. "That's all I could see in my head, was that the police officer was putting all his might into my brother's neck to where he could not catch his breath. He could not breathe."
EMBED More News Videos