Blue Ivy steals the show by scolding Beyonce, Jay-Z at the Grammys 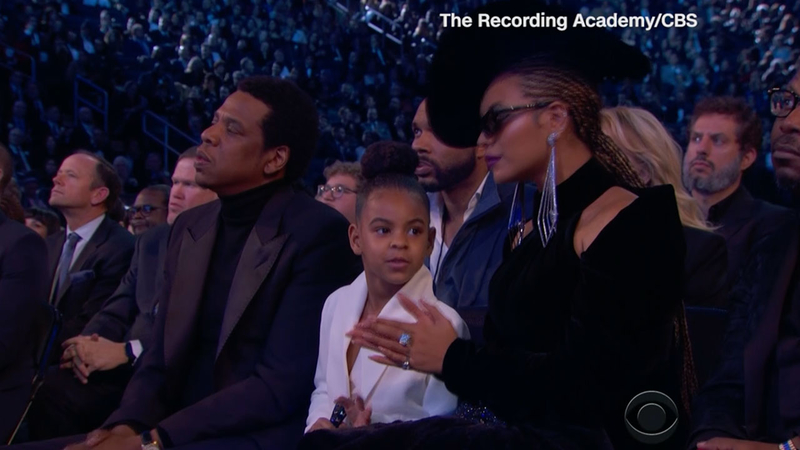 NEW YORK -- Beyonce and Jay-Z's oldest child is only 6, but she already knows how to set off a Twitter storm.

Blue Ivy appeared to tell Mom and Dad to stop clapping during the Grammy Awards, using a gesture that many on social media were calling regal.

Til Beyoncé learns to act right, Blue Ivy will be taking over her Queenly duties #GRAMMYs pic.twitter.com/SvJX6AjH5a

Blue Ivy, who as of last June is an older sister to twins Rumi and Sir Carter, sat between her parents at the awards show in Madison Square Garden on Sunday night. As Camila Cabello spoke, Blue Ivy seemed to decide that it was not the time to clap and gestured at her parents to stop. The moment went by quickly, but Twitter users had plenty to say about it.

Blue told Hov & Beyonce to chill. They embarrassing her.

The icon #BlueIvy has spoken... mom we are not clapping right now #Beyonce #GRAMMYs pic.twitter.com/sF3RS6jqcZ

Blue let them know who's REALLY in charge here 😭😭😭

Blue: calm down mother, dad you too. Y’all bring attention and you already know I didn’t wanna be here. Thanks https://t.co/dqdXq5OKD4

Crying, they both looked at Blue like girl what?