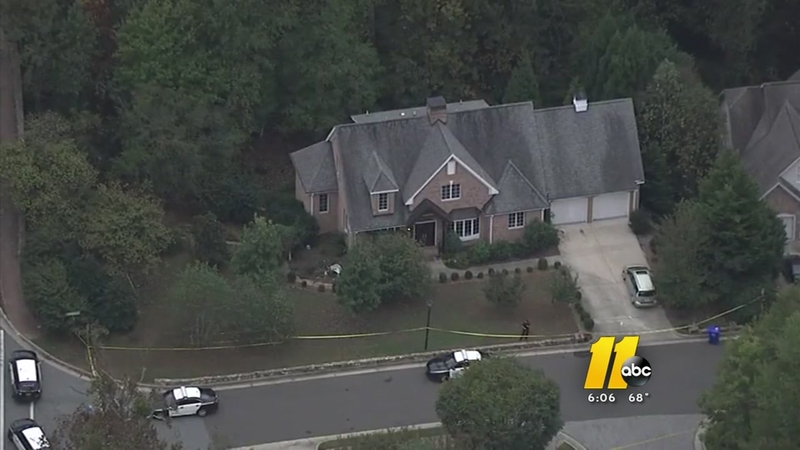 On Friday, the crime scene tape was down outside a Chapel Hill home and neighbors are waiting to hear more information from police after two people were found dead Thursday in a home at 44 Deming Road.

The bodies were discovered by a Realtor. Records show the house was for sale for roughly a year.

After obtaining a search warrant to enter the home, police began processing the scene.

There is no word yet on the identity of the people or the circumstances of the deaths.

One neighbor told ABC11 on Friday that an elderly woman in her 80s lived there with her youngest son. She said the woman was widowed and put the house on the market to downsize.

"I'm just feeling bad for her and sad for her. She was such a nice lady and I don't know what happened, and I'd like to find out soon what happened," said the neighbor, who did not want to be identified.

Other neighbors were stunned by the discovery.

"I mean it's just scary, I can't believe something like that happened," said resident Dave Yao.

Police investigate after two bodies are found in a Chapel Hill home.

Chapel Hill Police officials said late Thursday that they do not believe that there is an ongoing threat to the community.

The investigation continues Friday, and a police spokesperson told ABC11 they are trying to locate next of kin.